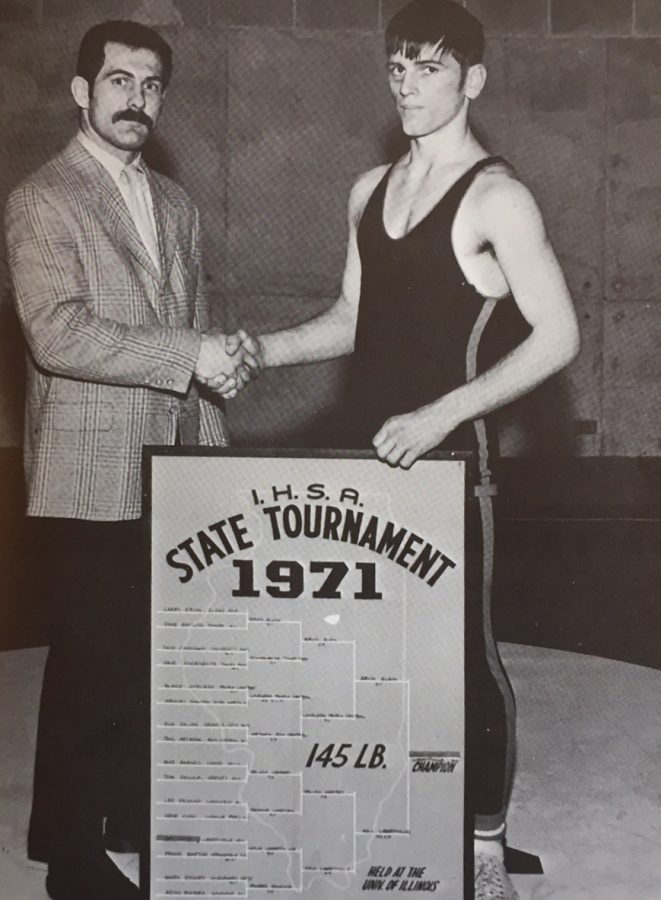 Dan Holm (Class of 1971) won the 145-pound title after taking third in the state his junior year in 1970.  Holm was also an All-Conference football player. He went on to wrestle for the University of Iowa.  There, he was a three-time All-American, taking third in 1973 and 1974, and winning the NCAA title in 1975.  He was also an assistant coach for the University of Illinois for two years.