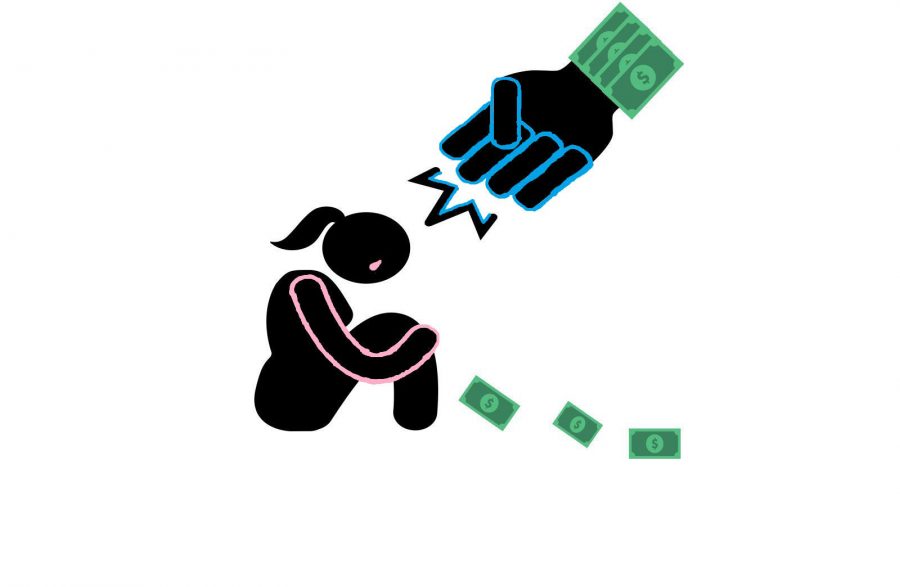 From politics to the wage gap to sexual harassment, it is evident that women are viewed as less than men in today’s society.

Man, it is so hard to pinpoint what the best part about being a woman is. And since I’m only in high school, I have so much to look forward to, but I honestly can’t decide what I’m anticipating most.

Is it constant sexual harassment? The wage gap? Or maybe it’s old men deciding what I can and cannot do with my own body? See, it’s such a tough choice; they all sound so amazing.

One of my favorite activities is walking through city streets alone. Taking a nice little stroll down the block to grab a Starbucks is around a five-hundred foot walk, but man does a lot happen. I particularly appreciate the man having a cigarette who calls “come over here, babe,” then gets offended when I ignore him. It’s almost like I’m not completely terrified.

The situation gets even better when he decides to follow me all the way to the entrance of the store, and I’m actually a little disappointed when he decides not to follow me inside. On my returning walk, not only is he still there, but now there’s a group of men whistling at me and making very detailed comments about what they’d like to do to me. The truly spectacular part is that I can’t make any sort of answer without putting myself in even more danger.

Things like this happen all the time, so no worries about women getting too relaxed in public places, especially not at night. It’s a miracle we even go out to get jobs, even if you ignore the fact that getting a job means being forever treated as inferior to our male counterparts.

But obviously, you have to have a stable job in order to pay for disgustingly overpriced undergraduate educations. All my friends are super stressed about being neck deep in debt. I’m not quite sure what they’re worried about; after all, women get paid on average 80 percent of what men do, according to the American Association of University Women, which isn’t that big of a gap. We can only ask for so much when dealing with the outstanding patriarchy, and we should be able to scrape by with only tens of thousands in debt.

Of course, women don’t belong in the workforce but in the household raising children. The reason that only 21 companies on the 2016 Fortune 500 list were led by women probably has to do with them being incapable of leadership, not because of their gender at all. Why most women don’t just accept their assigned role as a human incubator is beyond me; they rarely do anything important anyway.

I mean, for example, Hillary Clinton. Lifetime politician, human rights activist, prominent author…Nope, nothing important there at all. She should have just accepted that she would forever be known as Bill Clinton’s wife rather than trying to make her own success

Speaking of Clinton, did she really think she had a shot at winning the White House? Clearly a candidate with decades of experience in politics and respect for others would win against someone who is going to court for sexual assault if they were both men, but throw a woman in there and it’s a different story.

Instead, the country did a collective gasp at the prospect of a woman in the Oval Office—what if she has PMS and starts a nuclear war? Seems entirely plausible. Personally, I’d rather have someone who rates women based on their appearance and openly discusses assaulting them than someone who has been the secretary of state on top of being a first lady and a senator. Makes total sense.

All in all, being a woman is great. With an astonishingly extensive history of inequality, who wouldn’t want to be in our position?