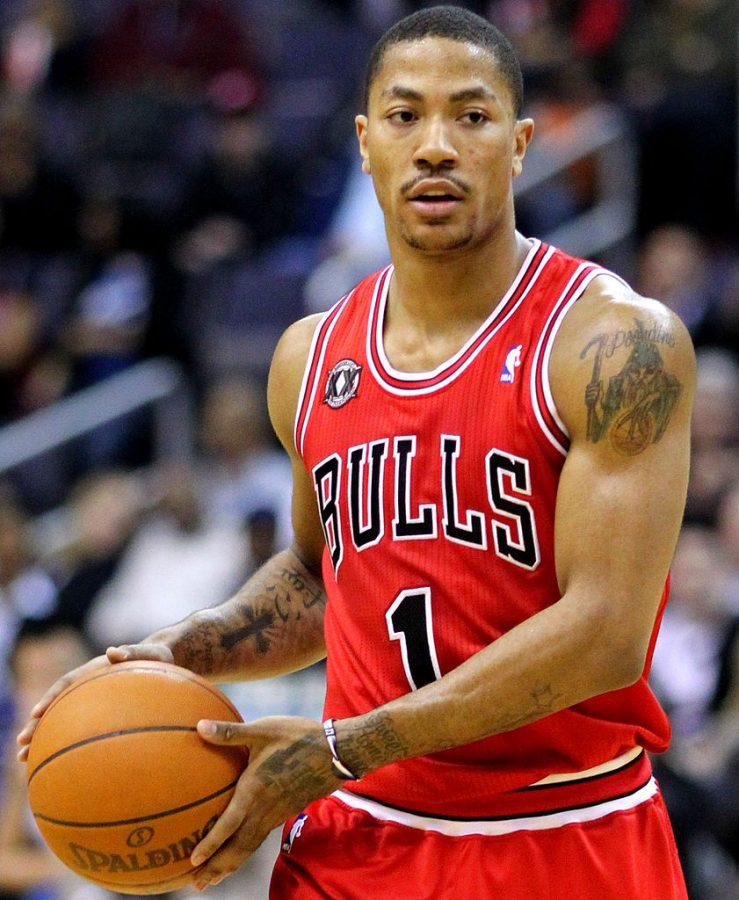 Bulls fans will miss fan-favorite Derrick Rose after he was traded to New York.

Ever since Michael Jordan’s Bulls career came to an end, Bulls fans were starving for a new face of the franchise. Then, on June 26, 2008, the Bulls selected hometown hero Derrick Rose with the first overall pick of the NBA draft, and Bulls fans had their new superstar. A combination of the pride of being a Chicago native and his world-class athleticism, Rose became a fan-favorite almost instantly upon arrival. His immediate impact lead to Rose winning the Rookie of the Year award; then, in his third season, he became the youngest player ever to win the NBA’s Most Valuable Player award. The following season, the Bulls were looking like an unstoppable force and bound for a deep postseason run, but Rose tore his ACL in the first round of the playoffs against the 76ers, ending title hopes for the team that season. As his career carried on, the injuries continued to pile up as Rose later suffered two meniscus tears in following seasons. The three devastating knee injuries derailed a Hall of Fame career, leaving Bulls fans heartbroken and wondering what could have been. Rose’s legacy of flashy dunks, dramatic returns from injury, clutch shots, and the thunderous “MVP!” chants will always live on, but this season marks the beginning of a new era in Chicago, one without the beloved Derrick Rose.