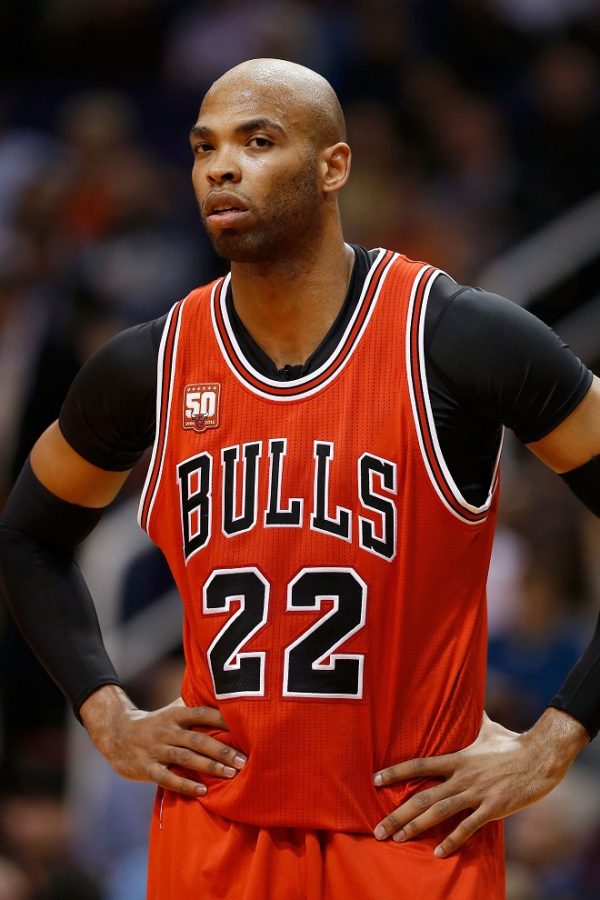 Taj Gibson is expected to move into the starting lineup in place of Pau Gasol.

Rondo- Despite his history with locker-room issues in the past, the Bulls have decided to take a  chance on Rondo because of his passing ability. He led the league in assists last year, averaging 11.7 per game. -TJ

Wade- Wade is projected to start at shooting guard, but because of his older age, his regular-season minutes might not be as high as Butler or Rondo. The 34-year-old is looking to make his 13th straight NBA All-Star Game. – Brandon

Butler- As the new face of the franchise, Butler will have an even greater role in the 2016-2017 season than last year, after the departures of Derrick Rose and Pau Gasol. The Bulls have high expectations for Butler to lead the team in scoring (20.9 ppg in 2015-16) and to step up as a leader in the locker room. -TJ

McDermott- With the importance of three-point shooting growing in the modern NBA era, the Bulls will need McDermott to be a key contributor behind the arc this season as a sharpshooter. They will also need him to help space the floor for the offense. -TJ

Valentine- The rookie should see valuable bench minutes at guard or forward. He could also be experimented with at point guard, which he played a little of at Michigan State. An NCAA All-American last year, Valentine can provide playmaking off the bench.- Brandon

Portis- Not expected to play much last year, Portis made the most of his opportunity after Joakim Noah got hurt in January. He played well in place of Noah and because of his solid performances, he should see 15-20 minutes per game this year.- Brandon

Gibson- Entering his 8th year as a member of the Bulls, Gibson has been a consistent x-factor coming off the bench. This year, however, he is expected to start in place of Pau Gasol, who is now on the San Antonio Spurs. -Brandon

Lopez- Acquired from the Knicks as a part of the Derrick Rose trade (the trade sent Rose and others to New York in return for Lopez and guard Jerian Grant), Lopez will replace Joakim Noah as the starting center. Lopez averaged 10.3 points and 7.3 rebounds per game last season. -TJ