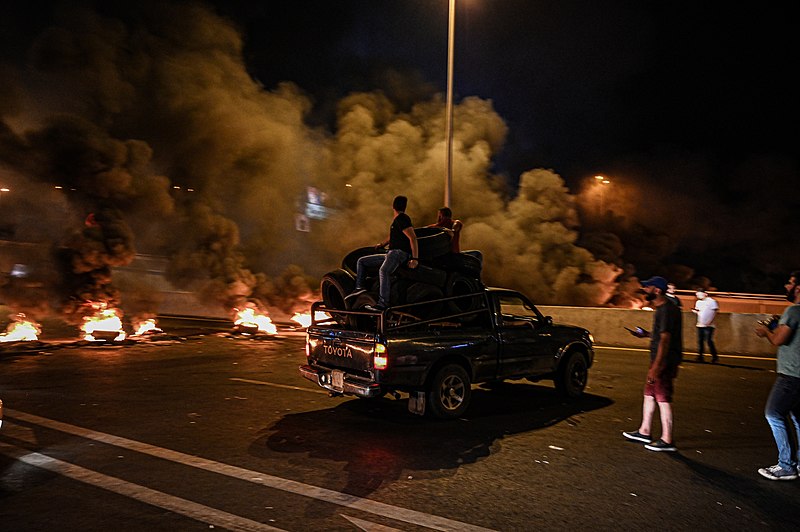 Protesters take to the streets in Lebanon.

The causes of the recent waves of protests in Lebanon are complicated, but like many others on this list, they are based on a deep resentment for governmental austerity measures.

According to the Economist, many of the economic problems Lebanon faces stem from the fact that their currency is pegged to the U.S. dollar.  An economic downturn and degradation of the dollar’s value caused the Lebanese government to rely heavily on foreign exchange reserves to maintain the peg. A dollar shortage caused a black market to emerge, which continued to raise the already inflated budget deficit. The government responded with an austerity program in an attempt to decrease the deficit and maintain the dollar peg.

The ensuing protests focused not only on the hated austerity measures but over other accumulating crises within Lebanon. Preventable forest fires raged across the country due to mismanagement of wildlife, and the government proved ineffective at combating the fires partly due to lack of proper patience on firefighting helicopters, according to An-Nahar. Taxes on wheat and gasoline, coupled with gas station strikes, only worsened the situation. Protesters also aired their grievances about decaying infrastructure, poor access to water and electricity, and high unemployment

On Oct. 17, activists began to show up in downtown Beirut. Their numbers began to swell and expand into other regions of Lebanon. Millions poured into the streets of Lebanon demanding resignations of politicians. After almost two weeks of protests, Prime Minister Saad Hariri stepped down. According to Al Jazeera, this announcement was met with celebrations, although the protesters remain in the streets en masse. In fact, the resignation of the prime minister seems to have reinvigorated the movement. They now demand a new government and chant “get rid of them all” in reference to the current politicians, according to Al Jazeera.

The future for Lebanon remains unclear, as the country now finds itself without a government and teetering on the edge of financial collapse, according to Al Jazeera.