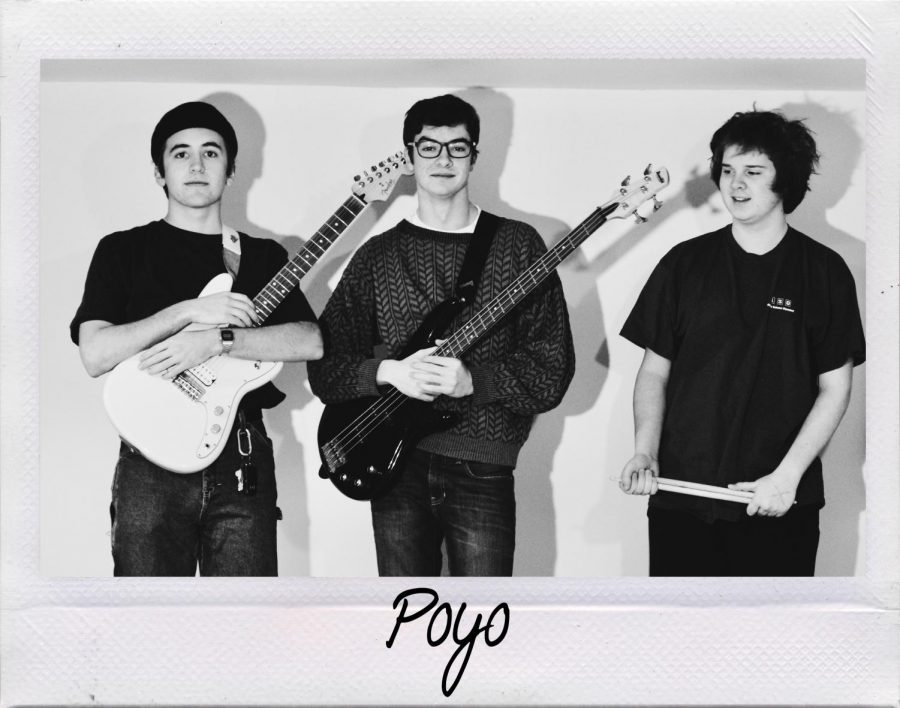 “We aren’t trying to be serious or anything; we are just here to have fun. We’ve only had two shows, but we want to play more. [Playing in front of an audience] gives you a rush of adrenaline,” stated Niemann.

Freshman drummer Rys Junas was recently asked to be a part of the band, and he takes inspiration from the Indie musician Frankie Cosmos. The group agrees that they take after a lot of Indie rock bands like Pavement and The Walters. Niemann also enjoys writing music and wrote their opening song for performances, “Sunday.”

Brannaman struggled at first being able to keep up with his other band mates since he was new at playing an instrument. He explained, “I remember our last gig and I was so nervous, I was sweating, but once you start playing, it kinda fades away. Even if you do mess up in the end, you know you’re there to have fun.”

“For our first show, we all were like, ‘We’re going to suck,’ so our plan was to just be a joke [by wearing blue short shorts,]” stated Niemann. Since their first show, they have grown as a band and now are much more comfortable performing in front of crowds as a collective whole.