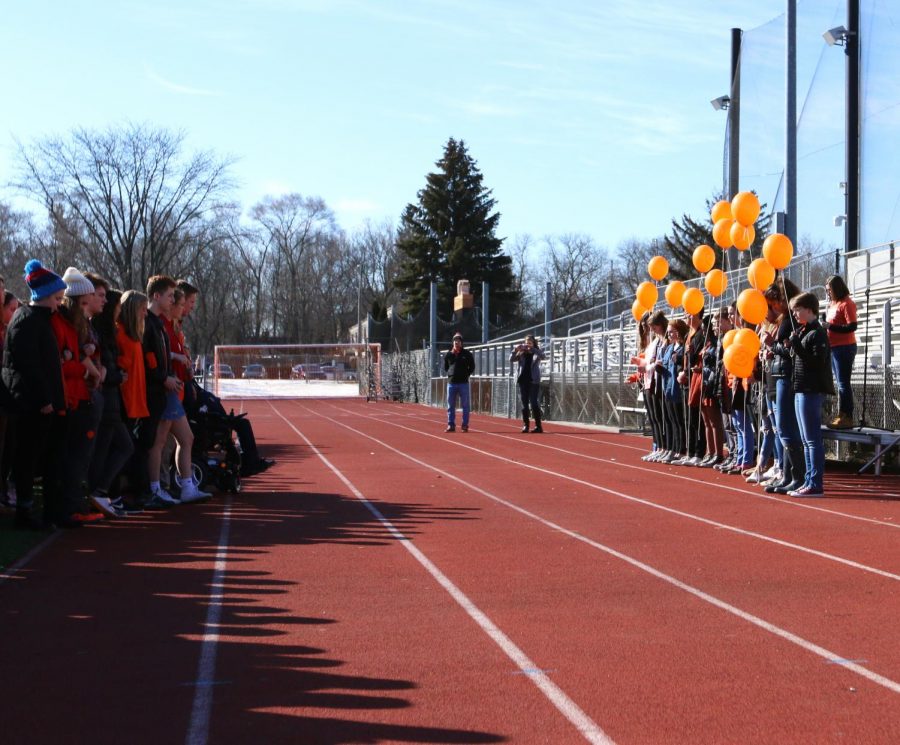 Gallery|13 Photos
Maria Thames
Students stood in silence for six minutes to honor the 17 lives lost in the shooting at Stoneman Douglas High School in Parkland, Florida. The shooting lasted for an estimated six minutes.

On Wednesday, March 14, a group of 25 LHS students led a school walkout to protest school violence, joined by hundreds of their peers, after the shooting that occured at Stoneman Douglas High School in Parkland, Florida, on Feb. 14.

Students walked out of their second-period classes at 10 a.m. and walked directly to the football field, where they first rallied together to honor the 17 lives lost in the shooting. This time was intentionally planned to last 17 minutes but an exact time was not kept. These intended 17 minutes were then followed by exactly six minutes of silence, signifying the estimated duration of the shooting at Stoneman Douglas.

Over the duration of these six minutes, 17 orange balloons were released in honor of the 17 lives lost. These balloons were orange, as that is the designated color of gun violence prevention, according to Wear Orange.

After these six minutes of silent reflection, eight student speakers recited speeches and chants, sharing their passion with the crowd. These students were chosen to speak by submitting their written pieces of work to the student panel that planned and led the walkout; three members of Drops of Ink were part of this student panel.

While each student prepared their own speech with slightly differing ideas, they all conveyed a similar message: “enough is enough.” These students clearly expressed that they refuse to allow continued violence in schools to persist.

“I’m tired of being told that my desire to not be shot in class is radical. I’m tired of seeing war zones and classrooms intersect, not through chapters in textbooks, but through the weaponry brought there. A school supply list should never include a bullet-proof backpack,” stated senior Mary Grace Lothspeich in her speech. Lothspeich was one of 25 students who assisted in planning the walkout.

Another recurring theme was the push for students to use their voices and their right to vote.

“This protest means nothing if politicians don’t care about what we say. What I am saying is not a political statement, it is a message to remember that we are standing here for change. And change can only happen when those with the power to commit such changes are listeners. Remember to speak up for what you believe and vote,” expressed senior Mason Maniloff.

The passion for this event was not limited solely to the student organizers and speakers; many student protesters on the field expressed their own sentiments as well.

This protest was not singular to LHS, however; rather, it was part of a larger national movement. At a national level, the walkout was started and organized by Women’s March Youth Empower, the same organization that planned the March to the Polls in Chicago on Jan. 21. According to their website, 2,853 schools registered on their website as schools that have already hosted or are going to host a walkout; LHS is one of these registered schools.

After the shooting, there were 25 LHS students who wanted to take direct action. Many of these students reached out to Principal Dr. Thomas Koulentes via email prior to the walkout and as a result of these emails, Dr. Koulentes invited these students to meet with him to talk about the possibility of hosting a walkout and consequently, to plan the logistics of the LHS walkout.

“The reason I really love this movement [is because] it’s 100 percent done by students and I just think a lot [of] time people, especially high school students, feel they can’t do anything and they don’t matter and [they are] like, ‘When I’m an adult, I’ll deal with it,’ so I think it’s really powerful that… everything is being done by us,” expressed senior Claire Mills, one of the event’s organizers.

Working together over the course of a couple of weeks, Mills, her fellow organizers and Dr. Koulentes discussed whether this was a worthy event to host or not, and once they reached the conclusion that it was, they decided on a timeframe as well as a location and general guidelines for the walkout.

“[Dr. Koulentes] was just trying to gauge an idea of what [the walkout] would look like, when would it be. He was telling us that security officials are working with us. They’re in support of us and teachers have to be in support of a student’s right to protest and to free speech. He was saying, ‘I’m on your side, but I want to make this as safe as possible,’” shared junior Student Council Executive Board member Annie Ryan. As an Executive Board member, Ryan attended the initial meeting with Dr. Koulentes; she was also one of the event’s student leaders.

However, despite the fact that Dr. Koulentes met with these students and helped them formulate their vision for the walkout, it was not an official school-sponsored event. Dr. Koulentes, nor any other LHS faculty member, could influence students on their decision of whether or not to participate in the walkout.

In the weeks leading up to the walkout, teachers were able to mention the event as something that students could participate in, but in no way could they attempt to persuade their students in their decision to participate or not. Dr. Koulentes confirmed this message in a video announcement that aired on Tuesday, March 13.

In order to ensure that teachers understood what they could and could not say to their students, Dr. Koulentes held a voluntary all-staff meeting on March 7, in which he presented staff with guidelines for how to discuss the walkout with students.

“For teachers, I think the guideline is, you don’t want to be in a position where students feel that you’re forcing them to do one thing or the other,” he stated.

Please, don’t let this be all that you do. Take this energy and run with it – write to your representatives, register to vote, show up at the polls, march on the 24th in Chicago or Milwaukee or D.C. or wherever you may be for spring break. Let the entire country hear you say ‘Enough is Enough.’”

As a result of the Feb. 14 shooting, LHS is looking into changing some of its security policies, said Dr. Koulentes, although there is currently not a set plan in place. As the shooting at Stoneman Douglas occurred as a result of a fake fire drill, Dr. Koulentes met with the police and fire chiefs to discuss amending the current fire drill procedure at LHS.

“The fire alarm rules were created in the 1900s when buildings were made of all wood before there were sprinklers and before there were video cameras and things like that. Now our building has so many fireproof things. All the furniture is fireproof. All the walls are fireproof. It is very difficult for a fire to spread quickly in our building,” he explained. “I believe that we could probably make changes to the fire drill evacuation procedures while still maintaining the same safety which would be beneficial if there were to be school shootings.”

While the future for school safety procedures and gun laws is unclear, as far as the students are concerned, the future is in their hands.

“Please, don’t let this be all that you do. Take this energy and run with it – write to your representatives, register to vote, show up at the polls, march on the 24th in Chicago or Milwaukee or D.C. or wherever you may be for spring break. Let the entire country hear you say ‘Enough is Enough,’” urged Lothspeich as she ended her speech.

See below for reasons as to why some students decided to walk out.

“They need to start looking at all the kids and all the people who want change. That's what people want and people voted for them.” 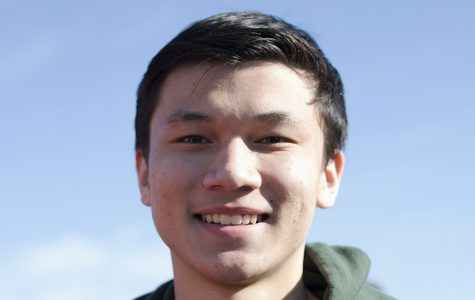 “Well, you know, just like support of raising awareness I stand by my belief  ‘enough is enough.'' 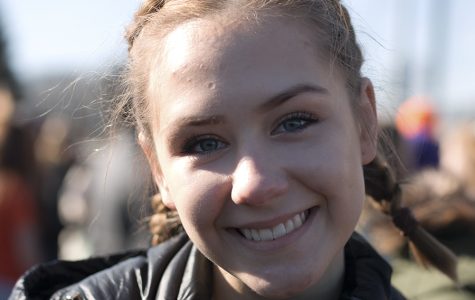 “I just think [Congress needs] to value human lives and realize that a gun is not more important than human lives, and we need to put an end to this." 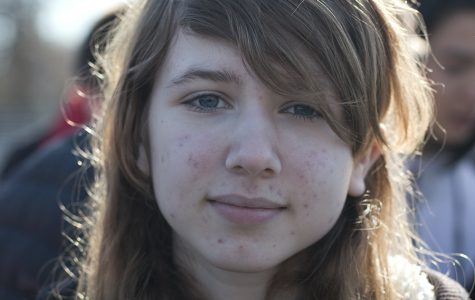 “What made me decide to walk out today is I'm sick that it has to take people...what has to be done is someone has to take another person's life in order for this to be an issue. It shouldn't have to come to that. It shouldn't have to come to people dying and then we get in the cycle of ‘thoughts and prayers’ and then there's protests and then there's nothing done." 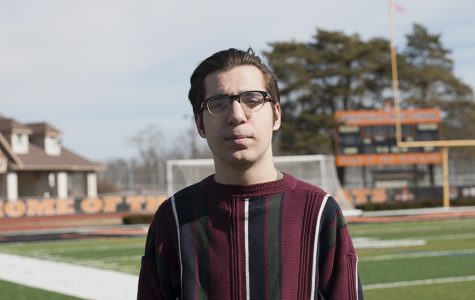 “I hope to see more discussion about what we can do to prevent violence like this from happening." 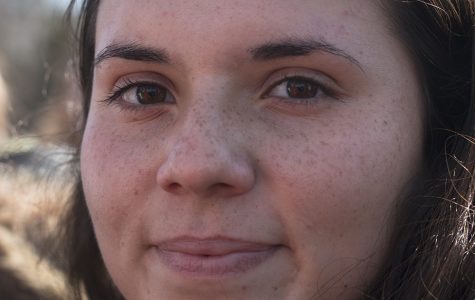 “I want to join my classmates in support of something that I think we have the privilege to do. I think we are lucky to live in the community that we do." 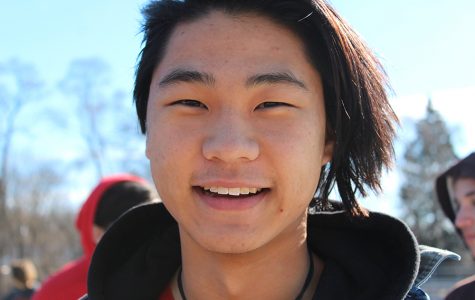 “I’m walking out today because I feel like we can do a lot more in terms of mental health checks and just overall security of schools to keep our students safe. and also out of respect for the victims of the Florida shooting.” 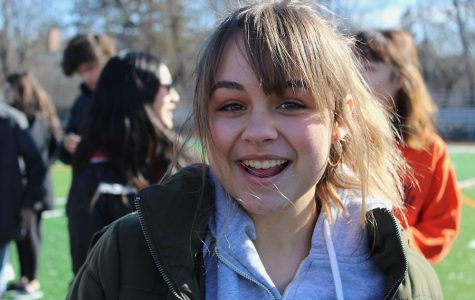 “I want to honor the kids that died. I just want them to get justice.” 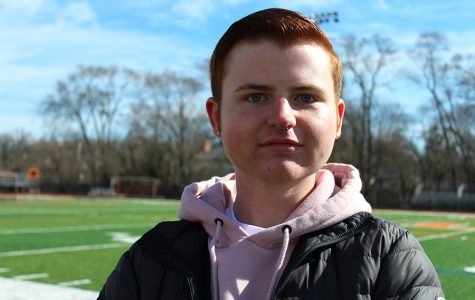 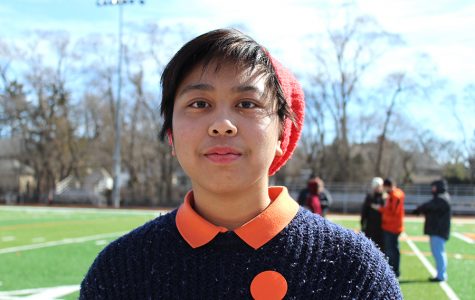 “I walked out specifically to honor the victims of the shooting.” 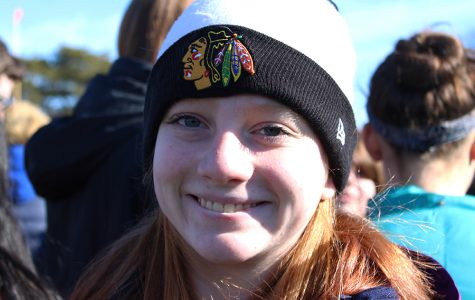 “There shouldn’t really be violence in schools and everybody should be able to feel safe.” 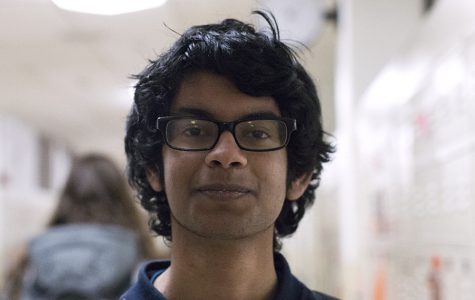 “We’re supposed to be a generation that changes things, so hopefully we’ll be able to look into it and change things for the better.” 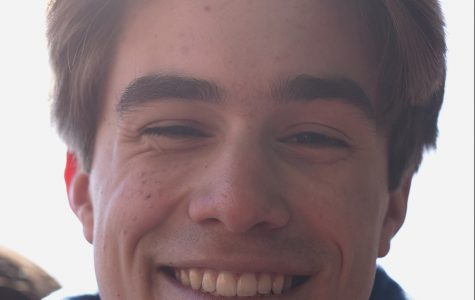 “I thought it was really empowering and really powerful to make a change and to stand up for something and show that America is a democracy. I think it’s really cool that we have a country that allows us to do it and show this power.” 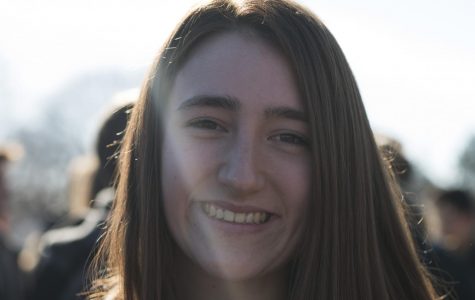 “More than anything, I wish that people would value life above anything else, I think.” 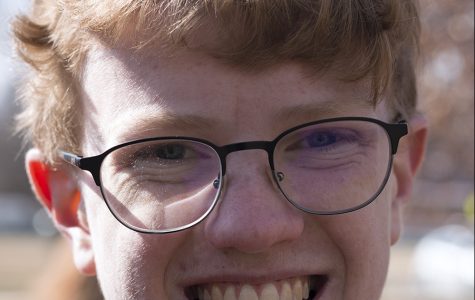 "I thought it was really empowering, when you see all the students forming in unity and having that respect for each other and rising up against the crooked politicians that aren’t changing the things that need to be changed. I’ve always been really passionate about making a change and this is an issue I keep seeing happen over and over again with nothing being done, so I thought that if I was able...