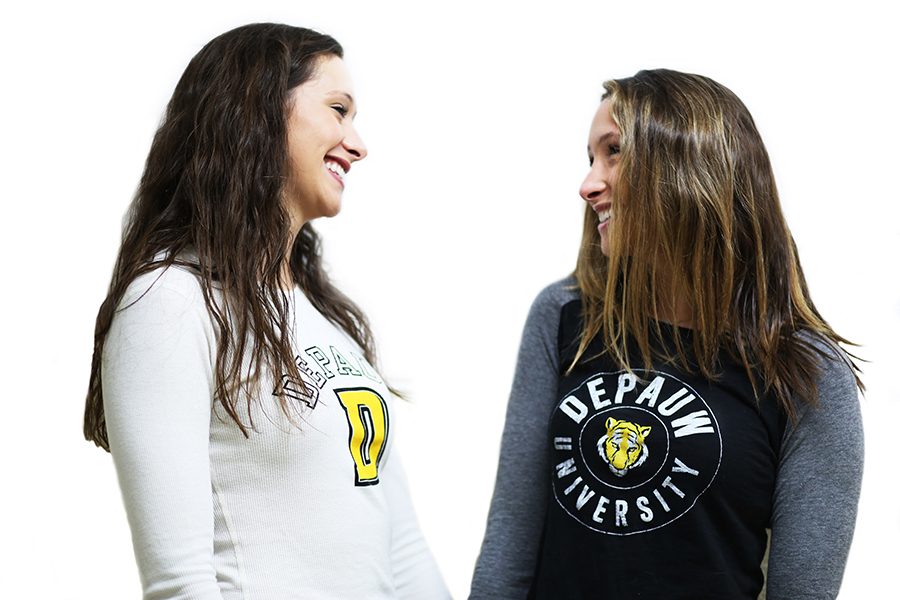 Claire and Kelly will be attending Depauw University and will be rooming together next year.

Nonidentical twins with nonidentical paths, seniors Claire and Kelly Keefe have spent 18 years inseparable, doing everything from shopping, traveling, going to school, and endless other activities together, except one — sports.

Although Claire has been playing basketball since fourth grade and Kelly joined LHS cross country as a sophomore, these twins have still stood side-by-side throughout the past 18 years, sharing an unbreakable bond.

“I would describe me and my sister’s relationship as one and the same. We balance each other perfectly, with her fun, light-hearted personality and my competitive edge,” Claire expressed. “She is my best friend and I don’t picture my life without her.” 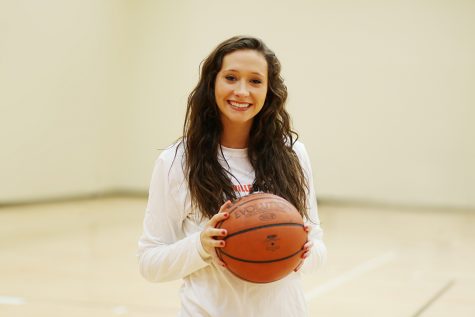 Although Claire is a highly acclaimed basketball player at LHS, she did not always play basketball. When she was in elementary school, Claire played soccer as a goalie. However, when Kelly joined basketball in fourth grade at Rockland Elementary School, Claire also joined as a means of supporting her. It was that year when Claire fell in love with the sport and dropped soccer, and she has played basketball ever since.

Throughout her high school basketball career, Claire has played for the LHS girls varsity basketball team and has also been a part of the Nike Elite Youth Basketball League, which allows her to travel across the U.S. to participate in various showcases and tournaments throughout the year in places such as Atlanta and Nashville.

Her coaches and teammates at LHS view Claire as an incredibly competitive player and strong captain yet one with a friendly and compassionate personality.

“She’s always been fun to be around. She works so hard that you always respect the effort that she gives. She just has such a good sense of humor and a good disposition, so it’s always just fun [to be] around her,”  Mr. Greg Pedersen, Claire’s basketball coach of four years, stated. “We just enjoy coaching her [and] I know her teammates enjoy playing with her.”

“Claire is always a team player and she helps everyone work together. The whole team knows how passionate Claire is about basketball, and we know she’s always willing and ready to work hard and play her best,” she expressed in an interview conducted over email.

According to Claire, her senior year basketball season has been her most memorable, and important, season. In a recent game on Jan. 7, the Wildcats defeated the Mundelein Mustangs, 42-30, at Mundelein. Prior to this game, Claire was hospitalized for three days because of a case of peritonsillar abscess, an infection in the tonsils. However, she was able to quickly recover and lead the Wildcats to victory, scoring 17 points and greatly helping “the team win a big game,” according to Spaulding.

Although Claire originally was set on playing Division I basketball in college or training for the Navy, she ultimately decided to play Division III basketball for the DePauw Tigers. Playing DI basketball and attending the Naval Academy would both consist of intense training and minimal time at home for about a year, something Claire did not want to do. Starting next year, Claire will be attending DePauw University, located in Greencastle, Indiana, and majoring in pre-law.

“I went to [Depauw] and visited and knew I wanted to go there. I knew my sister could go there too, and the coaching staff was wonderful, and they’re pretty good [at basketball]!” Claire exclaimed. “They won a championship… I think three times in a row.”

When asked why she loves basketball so much, and why she will continue to play in college, Claire responded,“ I just [feel] very stable when I [play basketball], like very competitive — I love being competitive; it’s one of my favorite things.” 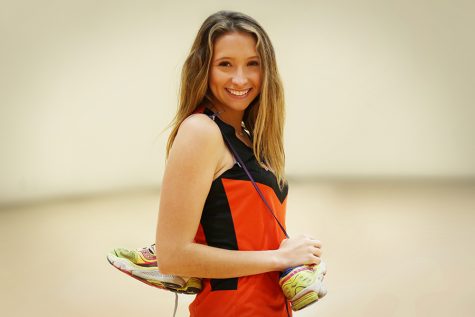 At the age of 9, senior Kelly Keefe decided to join basketball at Rockland Elementary school because she had not started playing a sport yet. Little did she know basketball would become such a significant part of her life over the next few years throughout middle school.

However, Kelly was born with two spine problems: scoliosis, which is a sideways-curved spine, and spina bifida, which is a condition that leaves gaps in one’s spinal cord.

In eighth grade, Kelly was tying her shoe at a basketball tournament when a disk slipped from her vertebral column, causing pinched nerves and resulting in such severe pain that stopped her from going to school on occasion.

Because of this, Kelly had to undergo a spinal fusion, an extensive and invasive spinal surgery that permanently connects two or more vertebrae in one’s spine, during November of her freshman year. Even though her surgery had a lengthy recovery process and resulted in Kelly having to quit playing basketball, she says that it was “one of the best things that could have happened to me” because before her surgery, Kelly had to live with constant pain that infringed on her daily life. Today, Kelly does not face any more back problems.

“Since [my surgery], I’ve become a stronger person…I kind of had to start over because basketball was my life when I was younger,” Kelly expressed. “[After] being home schooled for three months from my spinal surgery, I kind of became a new person. I’m a lot happier, a lot more confident, and I joined the cross country team my sophomore year. I’ve been on that ever since.”

Kelly ran all events at invitational and dual meets on cross country for three years, finishing her last season in October. She was also one of three captains this year for the girls cross country team. According to senior Audrey Paglia, one of Kelly’s co-captains for cross country, each member of the team nominated up to five people who they thought would be fit to be captain at the start of the season.

“Something kind of unique to Kelly is that when she ran [2-3] mile races, her feet would go completely numb; she couldn’t feel them when she finished. [This] just struck me as so amazing. Here’s this young woman running, when her body literally didn’t want her to or was stopping her from doing it, but she did it. She never ever sat out of a race [and] she never used anything as an excuse,” said Mrs. Kristen Hawver, Kelly’s former cross country coach.

Next year, Kelly will be attending DePauw University with her sister, and she is planning to major in Spanish. She is not going to continue her running career but has found a recent love for yoga, which, according to Kelly, acts as “an outlet I use when I have a rough day and need to clear my mind.”  Kelly is looking forward to continuing taking yoga classes and possibly getting her yoga license in forthcoming years.

As for next year, Kelly and Claire recently made the decision to attend the same college and room together after spending some time apart.

“Well, [Claire and I] didn’t [want to go school together] in the beginning actually because we both thought that we needed to do our own thing. And then I went to Spain for 10 days, and then I missed her a lot; I couldn’t handle it….best trip of my life, but not being with her made me sad…” Kelly stated. “So that’s when we decided that we were starting over.”

**All photos by Paige Ward**