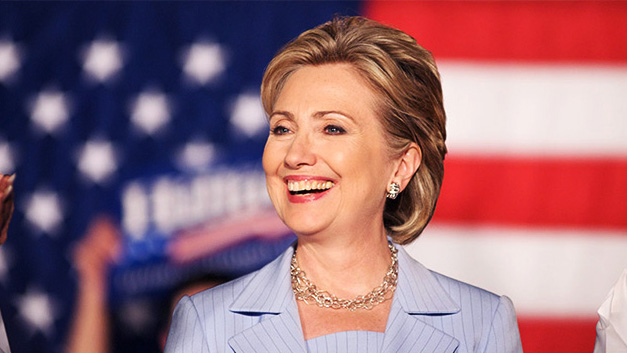 We are not a country that cowers behind walls. We lead with purpose and we prevail.”

When deciding on whom to vote for in the 2016 presidential election, it is important to look at the record of each candidate with regards to their past public service.

After all, the president of the United States is the ultimate public servant.

Clinton began her record of public service back in 1982, when her husband, Bill Clinton, was elected the governor of the state of Arkansas. As first lady of Arkansas, Clinton became actively involved with the state’s education policy, while multitasking the job of working as a lawyer at a law firm.

In addition, in 1992 as first lady of the United States, Clinton was involved in trying to reform health care in the United States to make healthcare more accessible to all social classes. Despite her plan for universal health care falling short of the necessary votes to pass, she was instrumental in later creating the State Children’s Health Insurance Program, which has provided quality healthcare for millions of lower-income children. Now, Clinton has called for a plan to preserve and expand the Affordable Care Act, also known as Obamacare, which President Obama instituted in 2010 that has insured countless of Americans who would have otherwise not been insured.

In 2001, Clinton was elected as a senator for the state of New York when the 9/11 attacks occurred. Clinton fought for federal funding to help rebuild destroyed areas, working with Republican mayor and president to secure $21 billion for the city of New York. She then went on to fight for legislation that ensured that all first responders who had gotten sick would receive the care and treatment they deserved.

As secretary of state, Clinton advocated for women’s rights across the world, and she proved pivotal in foreign policy decisions that made the world a safer place. She demonstrated the power of diplomacy through her placing of gruesome sanctions that brought Iran to the negotiating table. She showed the measure of her judgment as an advisor when it came to the fateful decision in the situation room that took out Osama bin Laden. She stepped down at the end of Obama’s first term, having served with distinction under a man who had once been her political opponent.

The 2016 presidential election has brought to surface certain issues that the next president will have to take on. Examples include: restoring middle-class purchase power and resolving the rage and despair of the poor and middle-class; war; terrorism; the threat of decreasing democratic values; the list goes on and on. By considering the forces of each issue and weighing the outcomes, Clinton has formed appropriate responses that have contributed to her thriving success in her years in public life. I cannot say with full confidence that the other candidate has done nearly as well as a job as Hillary in terms of gaining the experience that I personally find required to run for presidency. Anyone who treats running a country the same as running a business is not fit for the office of president and is a threat to democracy.

When considering Clinton’s years of service as a public servant, I believe she is the best choice to lead the United States as the ultimate public servant. To me, I feel that it is important to feel security in the country that I live in. It’s easy to say that Hillary is more than a qualified candidate for presidency with such an extensive background she has. As a female and a student it’s a big deal to hand over my future in someone’s hands. The 2016 election can determine what school I go to, if I get paid the same amount as my coworkers, and how I get treated in everyday life. I strongly agree with the statement that my peers should greatly consider Hillary and all of her years of experience when voting. I can proudly say that: I’m with her.