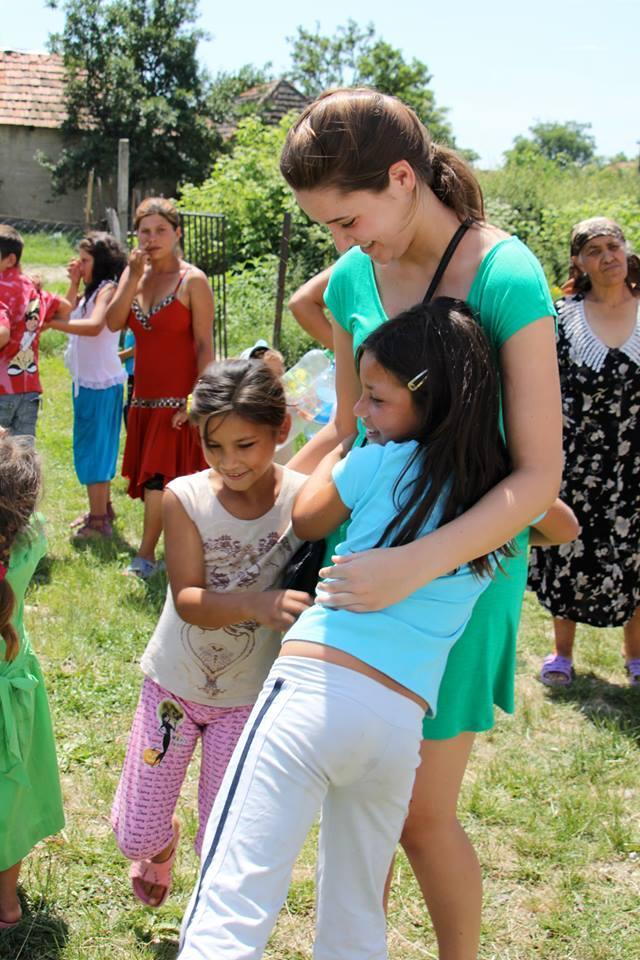 After receiving notification of mission trip opportunities through the benefaction of their church, several LHS seniors resolved to commit a portion of their summer recess to an experience that would transform lives.

During the week of July 13-21, approximately 80 members of the St. Joseph’s youth group and another 20 or so adult advisors made their way to Chavies, Kentucky, a desperately impoverished city of the Midwest in which a majority of families subsist on critically debilitated housing. Under supervision of youth group leader Nancy Devroy, the St. Joe’s team was divided into subsections, each of which was then commissioned a particular job in restoring one or more aspects of family trailer homes. Realizing that their assistance as well as their presence was critical in reviving a sense of hope among the Chavies community, the student volunteers took full initiative to forge more intimate relationships with the families. Among the volunteers was senior Riley Paulus, a first-year member of her youth group, who described a hike to the top of a mountain with one of the families as the most rewarding portion of her trip.

“The trip impacted me in such a positive way. Aside from helping fix houses, I met a lot of new people who I really grew to love. I can honestly say it was one of the best weeks of my life,” Paulus said.

Senior Lindsay Dreis, who helped replace a degenerate ceiling and repair the roof of one of the trailer homes, was so deeply impacted by her experience assisting the poor in Chavies that she hopes to pursue similar mission trips in the future.

“Interacting with one of the little girls apart from the family was really memorable. It was totally rewarding to see how the family was impacted by the improvements we made. I hope to go again next year and help more impoverished families,” said Dreis.

Haley Skeens, an LHS senior who contributed her efforts to two mission trips managed by the Winnetka Presbyterian Church, has been thoroughly moved by her time spent with the less fortunate this past summer.

The first trip in which Skeens provided service focused its efforts on improving the lives of the Roma, a long-oppressed and discriminated peoples who have seen their way of life completely compromised by modern society. Often denied practical employment and government assistance, the Roma find themselves in constant battle with political and social rejection. Skeens, along with six other youths and nine adults, including LHS senior Haley Ashdown, visited a Ukranian Roma orphanage, where she assisted in simple tasks such as installing water filtration systems, facilitating children’s camps, and teaching the Roma people how to properly wash their hands.

En masse, Skeens believes that the foremost significance of her trip was the way in which the Roma transformed her outlook on life and instilled in her a passion for justice: “The kids were amazing and to think that they have the mindset that they are dirty and not worth the time of day just breaks my heart. The whole experience made me thankful for everything I have,” she said.

On the day of her seventeenth birthday, Skeens and the rest of her team were permitted a visit to a local Roma preschool, during which the Roma children sang “Happy Birthday” to Skeens in both Hungarian and English.

“It was so sweet, and even though I hardly knew them, I could tell they were so happy to show me that they knew how to sing ‘Happy Birthday’ in English,” Skeens recalled.

Skeens’s second trip, which was also run by the Winnetka Presbyterian Church, held the purpose of improving the lives of homeless families and individuals in the state of Georgia. Skeens and nearly twenty others partnered with the D.O.O.R. program (Discovering Opportunities for Outreach and Reflection) of Georgia in order to assist the homeless in the most productive and efficient way possible. Service activities included working at a local coffee shop which strives to effectuate a safe community environment in an unsafe area, conversing and playing bingo at a homeless outreach center, and distributing large tubs of fresh water to the poor in Atlanta.

“The trip really changed my opinions of homeless people and made me realize that most of them are just regular people like you and I who are going through a rough time. They don’t deserve the stereotypes and some of the treatment that they receive. I would love to do more around Chicago to help the homeless as much as I can,” Skeens said.