Crazy for Caffeine: The effects of energy drinks on youths 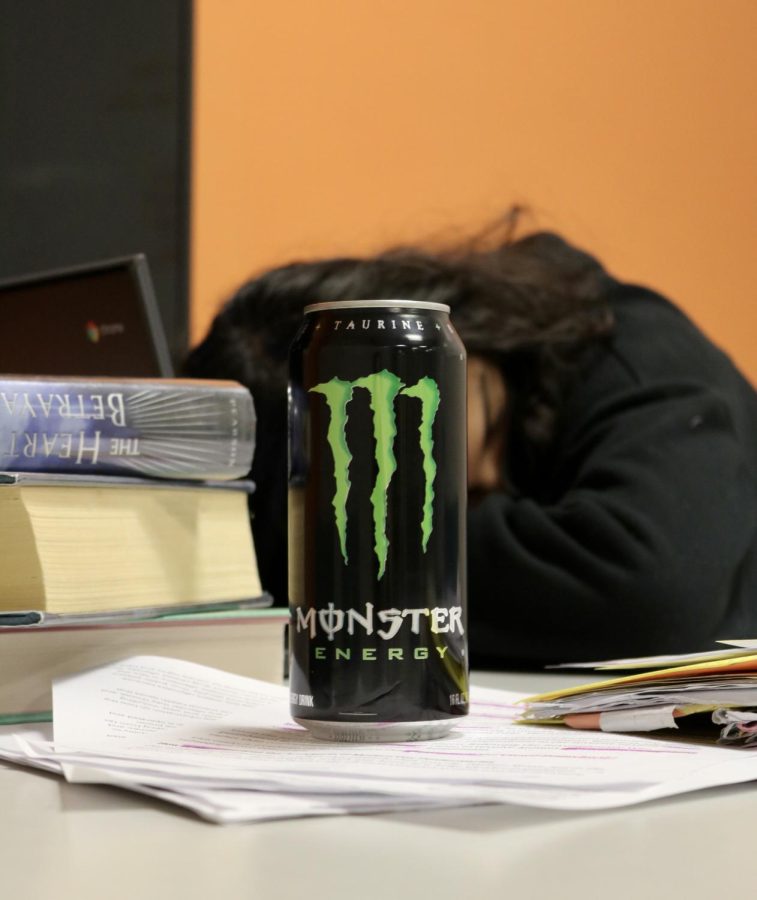 About 19 percent of adults living in the United States develop an anxiety disorder due to excessive intake. Caffeine can be an effective short-term solution for fatigue, however, over-consumption can leave long-term health problems and dependency, as well as anxiety.

Caffeinated beverages and energy drinks have reached new heights of popularity amongst teenagers and young adults. This is exemplified in the fact that in November 2018, the company Monster Beverages had an estimated market capitalization of $29.9 billion. In 2020, the same company had approximately $4.6 billion in revenue, accompanied by a net income of $1.06 billion. But it’s not just energy drinks that are on the rise. The corporation Starbucks, founded in Seattle in 1971, is now the world’s largest coffeehouse chain. Many teenagers and young adults turn to caffeinated beverages and energy drinks for a multitude of reasons, whether it be to keep up with sports, pull all-nighters for that one essay due tomorrow or just to get an energy boost throughout the day. But is there such a thing as too much consumption of these glorified products?

According to the Cleveland Clinic, there is, in fact, such a thing as too much caffeine. The study states that “teens should limit their caffeine intake to less than 100 mg per day”, which is approximately the amount in a cup of coffee. A single serving of Monster Energy, a popular energy drink, contains 86 milligrams of caffeine. This amount is increased to 111 milligrams for a 12 fluid ounce can of Red Bull.

Limits usually exist for a reason, and the recommended limit to caffeine intake and consumption is no exception to this rule. While caffeine does have some benefits, such as boosting energy, improving physical and mental performance, and even helping to burn fat, it also comes with some serious, detrimental side effects, especially for teenagers.

“There’s both positive and negative effects,” said LHS nurse Cameron Traut. “But for teenagers, there might be a little bit more increased risk because of where their brain development is. So their brain is more at risk for overdoing it.”

One example of a negative effect is anxiety. Approximately 40 million, or 19.1 percent of adults living in the United States suffer from an anxiety disorder. Caffeine can cause excitement in a person’s central nervous system, which can lead to feeling anxious or irritable.

Another notable side effect is insomnia. According to the CDC, “children should regularly sleep 9–12 hours and teenagers should sleep 8–10 hours per 24 hours.”

Additionally, getting addicted to caffeine can be a result of regular caffeine consumption. Freshman John Nevill enjoys drinking coffee because of its taste, but understands the danger of consuming too much caffeine.

“Caffeine is awesome in moderation, but having it every single day will have your body building up a tolerance that you wouldn’t want,” Nevill said.  “There’s a ‘too much’ for everything. Having too much caffeine too often will make your body immune to it rendering the caffeine you had useless, making you want more. Caffeine, like every drug, is addictive.”

“Most weeks, I drink a couple of Reigns,” Ramaker said. “They are really good after a tiring, early morning baseball practice.”

Reign Energy drinks, of course, come with a caffeine boost and energy rush. A 16 ounce can of Reign averages about 300 milligrams of caffeine.

“A big part of the caffeine energy boost for me is definitely the placebo,” Ramaker said. “ Moments after I finish my drink I start shaking, running around, and sometimes screaming. It usually wears off after a few hours.”

In terms of his personal views on caffeine, Ramaker agreed with the idea that routine caffeine consumption can in fact do harm. “There is definitely such a thing as too much caffeine,” Ramaker said. “The more you drink, the less it affects you, and the more you crave. Once you start drinking too much, you get looped into an endless cycle that is difficult to escape from.”

Junior Hollis Friese holds the belief that while some caffeine has positive effects, too much caffeine can cause unnecessary and unwarranted problems.

“I don’t drink energy drinks but my go-to caffeinated drink is coffee,” Friese said.  “I don’t always have a cup but if I do it’s about 12-16 ounces (one cup) of coffee. Weekly I probably consume about 50 ounces (about 4 cups), since I only actually drink coffee about 4 times a week.”

However, Friese is wary of consuming excessive caffeine. “I definitely think there is such a thing as ‘too much caffeine’ and the overconsumption can be dangerous,” she said. “ I also definitely believe caffeine can be addictive or highly craved. Some people experience caffeine withdrawals, just like withdrawals from anything addictive. I believe people can consume too much caffeine, and rely on it. I think the intake of caffeine becomes ineffective when you become so reliant on it, you can’t function without it. Caffeine should be enjoyed, not needed.”