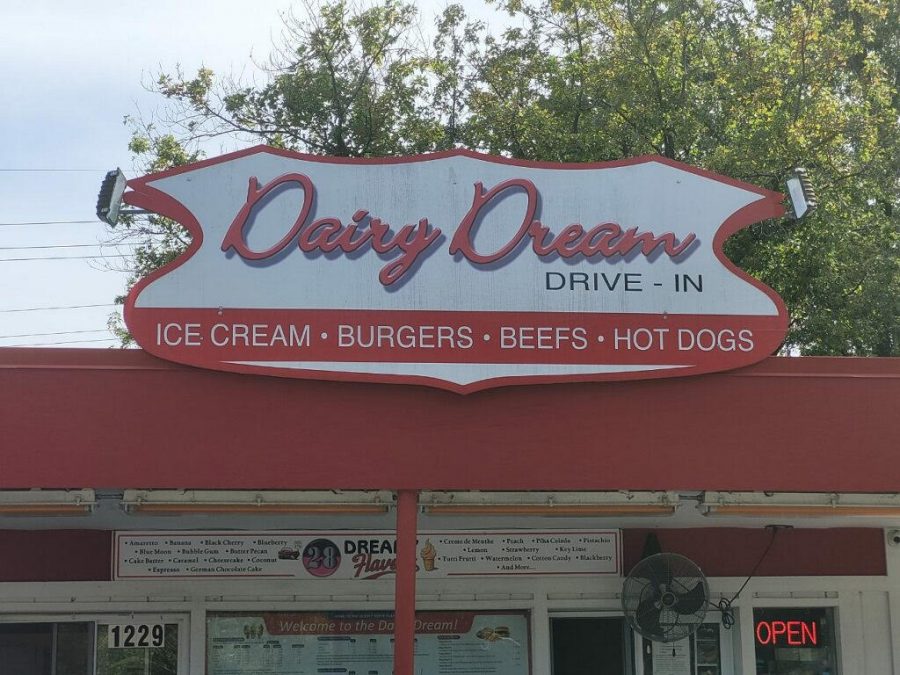 The Dairy Dream store, located just down the street from Libertyville High School, has earned a special place in the hearts of residents.

Dairy Dream, a family-owned and family-run establishment, has served as an iconic spot in Libertyville since 1961. It is known not only for its 28 delicious flavors of ice cream, but also for the place it has earned in Libertyville’s history. This year, it celebrates an important milestone in its long history: 60 seasons of service.

Located just down the street from Libertyville High School, Dairy Dream is a popular hang-out spot for the community, a well-maintained and organized restaurant, a quality eatery with great flavors, and a small shop that makes Libertyville truly feel like home. Dairy Dream, affectionately known to some as “The Dream,” boasts a varied menu, consisting of ice cream, shakes, sundaes, burgers, fries, hot dogs and even cheese curds. These beloved cheese curds are bought from a small cheese factory in Wisconsin before being battered and breaded right in the store.

Dairy Dream features a team of caring, and responsible owners and staff. Justin Synnestvedt, whose family bought Dairy Dream in 2007, and who is a co-owner of the store, spoke very highly of his experiences with the store. “My favorite thing about this place is the customers,” said Synnestvedt. “It’s really the customers. There are some that have been coming here literally for generations, with their kids, with their grandkids. There’s a family that comes here for shakes every Sunday, and it’s literally three generations of people who have all come, and it’s just nice to connect with them as human beings, generally people are happy to be here.”

In addition to its positive response from the public and plethora of pleased customers, Dairy Dream also remains active in its charitable efforts and services. A more recent Dairy Dream addition includes a flavor of the day, with ten percent of the profits earned going to benefit a local animal education and rescue service. “We’re not trying to reinvent the wheel, just enhance it,” said Synnestvedt.

What really drives home the impressive performance of Dairy Dream is its staffing. It offers good career and job opportunities, and serves as a great first job for teens. “I think we give a lot of people a good start with a first job. They learn responsibility. Some are appointed to shift managers so they get leadership experience.” Synnestvedt spoke very highly, but modestly, of the store that he co-owns. “It’s nothing remarkable. Trying to give people a smile, give some people a job and some income for college,” he said.

Overall, the beloved Dairy Dream has found and kept a place in Libertyville. Many eager customers line up at its counter to order food and flavors, while inside, a loyal and dedicated staff enjoy the benefits of a good job and serving others. Its traditions and history make it a place worth noticing, and especially so as it celebrates its sixtieth season of service.