The Struggle of Valuing Yourself 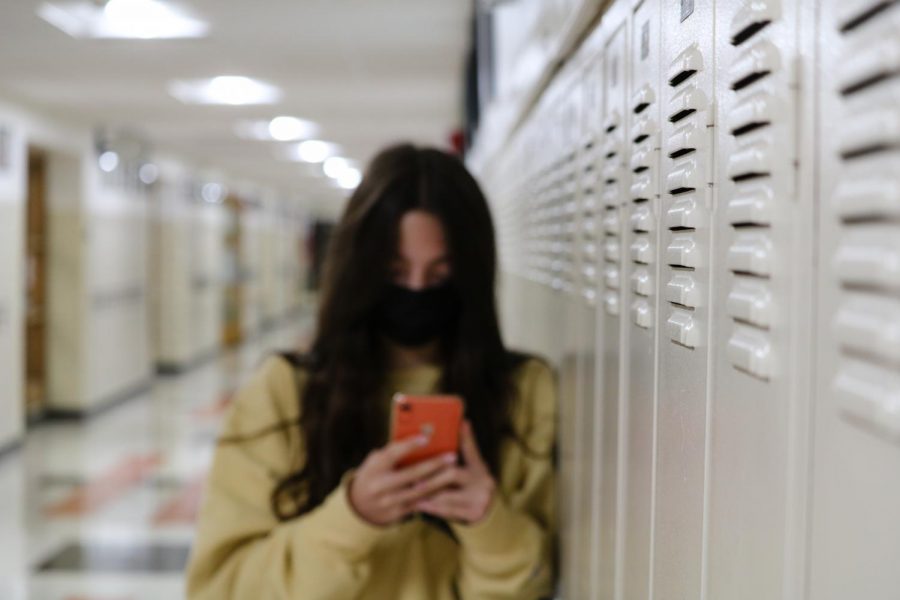 Its hard to learn that social media is negative because of all the happy things that are posted. But, there comes a time where you need to tune it out in order to take care of your mental health. This is hard to realize until you find yourself in a negative situations.

I was raised in a home where I felt valued. Before I got social media in 7th grade, I judged my worth based on how fast I could run, or how high I could jump. I didn’t look at myself in the mirror for longer than I brushed my teeth.

It wasn’t until I downloaded Instagram on my phone in the summer going into 7th grade that the perception I had of myself changed.

Social media only shows the top 1% of “good moments” in someone’s life, but how was my 13 year old self supposed to know that?

My growing 13 year old body didn’t look like the Instagram models, nor should it have.
20 years ago, the beauty standard of women was far less accessible to young girls. Now, children our age have more than just media such as movies, magazines, and tv shows to compare themselves.

I downloaded social media to keep up with my friends at school, but it became quickly apparent that comparing myself to celebrities was unavoidable. The grades on my test or how well I did in a soccer game didn’t matter as much to me as the size of my jeans.

For a long time, I wanted to find someone to blame for my insecurities. First, I wanted to blame the girls I was comparing myself to on social media. Lots of these models use photoshopping techniques in their photos, as well as have undisclosed plastic surgeries. But they are not to blame. There is a possibility that they got those surgeries or edited their photos for the same reason why I hated looking at their photos: the insecurities impressed upon us by society.

I then wanted to blame the girls who made fun of the size of my nose, or the size of my waist, but realized that wasn’t fair either. A very likely reason that they were picking out my insecurities to talk about was because they had very large insecurities of their own, and wanted to project how they felt onto others.

It’s a vicious cycle. Unreachable celebrities impress insecurities we didn’t even have on our radar, and we then impress those insecurities on people in our local community. Our younger sisters, cousins, and neighbors will now grow up thinking their waist needs to be a specific size, or their nose can only look “good” one way.

Middle school is a hard time to accept that who you are is beautiful, because a lot of people around you are struggling as well. The normalization of deprecating language surrounding body image was a struggle for me, and I am sure it was for others too. Unintentionally, friends and surrounding peers would talk down on their body like it was normal, which internally helped ‘normalize’ my insecurities.

Promoting all body types on social media is a great first step to eliminate insecurities in teens. I feel that not only idolizing social media influencers for having an “ideal body,” but for the issues they stand for is crucial.

Influencers and celebrities with a large platform should have a responsibility to promote the idea that “I look like this, but not everyone does.” A large majority of society doesn’t have access to plastic surgeons or personal trainers, like social media stars do. I feel that being transparent with possible surgeries, as opposed to hiding them, is necessary as well.

By the time I figured out the amount of body modifications that were happening on social media, I was entering high school.

By then, it was too late.

But, social media has already begun to have a shift towards promotion of more inclusive body types, and I hope it continues to move in that positive direction.

I encourage young teens who are having trouble with body image to do a few things that helped me:

Unfollow celebrities who make you feel bad about yourself! The influencer won’t be offended by you unfollowing them, and simply getting those types of pictures off of the feed you look at every day can help! Instead, find body positive accounts. People or accounts who post different types of bodies, as well as spreading positivity for those who don’t look exactly like them is important. There are great influencers out there whose entire mission on social media is for inclusive, positive conversations about change.

Avoid using deprecating terms about yourself in any conversations. When I stopped verbally expressing that I felt “ugly” or “fat,” I stopped thinking about it too. Pulling negative words out of your vocabulary internally changes your mental image of yourself.

Your body image isn’t something that will change overnight. It is a battle that lots of people fight for a long time. I hope that one day the society we live in will have a shift to a more inclusive definition of “beauty,” where it includes different sizes, genders, and ethnicities.

But this battle isn’t one that has to be fought alone. Be open with the people who care about you in your life. There are resources at the school as well as outside private options for those who are having any struggles with their mental health.