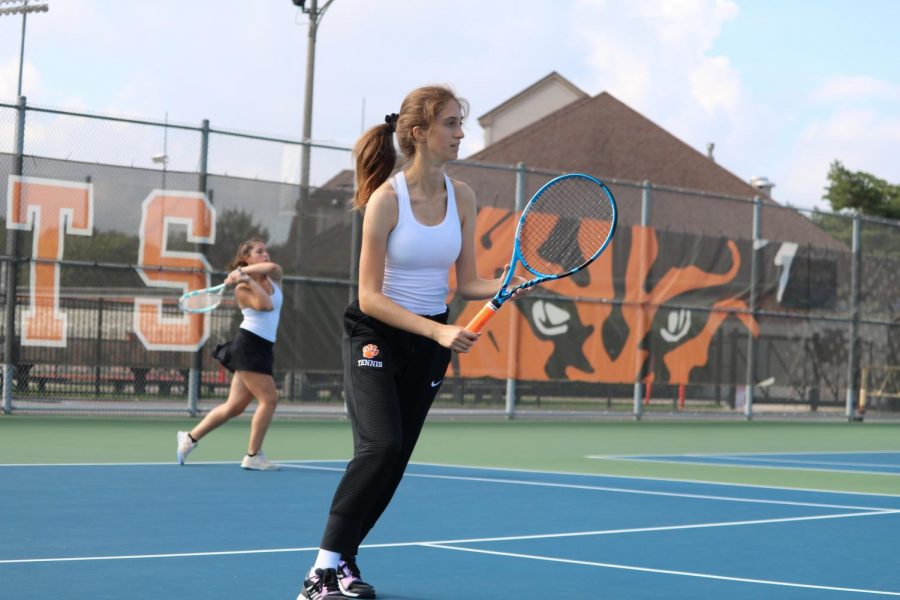 Talerico follows through after a hit from the back line, as, Kapelevich stays ready and eager to hit the ball back over if it is returned.

On Friday, Oct 8 the varsity girls tennis team competed in the North Suburban Conference Tournament. The matches were played during the day on Friday across the county. Seniors Kayla Talerico and Natalie Kapelevich had their match at the LHS courts and placed 4th in the tournament.