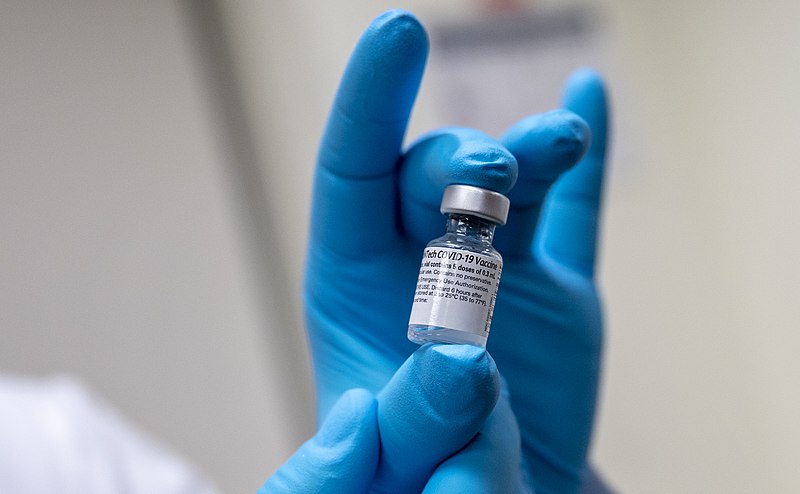 A vial containing a harmless dose of the Covid-19 vaccine.

The Covid-19 vaccines introduced to the public by prominent companies such as Pfizer, BioNTech and Moderna represented a silver lining during a pandemic that, while raging across the world for well over a year, has caused mass distress and uncertainty. While many people have welcomed these solutions with open arms, skepticism and resistance to accepting vaccines remains a growing problem that is hindering our chances at a return to normalcy.

Anti-vaccination efforts and movements are far from a new thing. With every aspect of medical care, especially powerful vaccines or treatments, skepticism will always be present, for a variety of reasons. These reasons include mistrust of drugs or medicines in general, concerns about side effects, and a fear that vaccines may do more harm than good.

One common example is the flu vaccine, which is administered to millions of people on a yearly basis. Despite being a solution that significantly reduces one’s chances of becoming sick with the flu, opposition to the vaccine remains for many reasons, such as the fact that it is a yearly requirement and doesn’t necessarily protect against all strains of the flu.

However, the flu vaccine is scientifically proven to do no harm. Quite the opposite, it actually has an extremely beneficial effect on many who receive it. According to the Centers for Disease Control and Prevention, or the CDC, in the 2019-20 year, flu vaccinations prevented approximately 105,000 potential hospitalizations due to the flu. Side effects from the flu vaccinations are sparse, mild, and in general, have a span of roughly 1-2 days.

While some concerns or worries about vaccines are only natural and have a right to be expressed, some present themselves as ridiculous, disproven and even offensive. Some parents have even expressed concerns that the MMR vaccine, a prominent vaccine used to prevent diseases such as the mumps, measles and rubella, can lead to and cause autism. This, in turn, has led to a widespread belief that vaccines in general may cause autism. However, the CDC has clarified that vaccine ingredients do not cause autism. The same goes for the Pfizer and Moderna Covid-19 vaccines, which have lists of ingredients available to the public, and, after intensive, extended trials, have been confirmed safe to use.

Multiple studies have also been conducted in regards to the MMR vaccine and have all proven that the MMR vaccine does not, in fact, cause severe side effects, nor does it cause physical or mental disabilities in those who receive it, according to the National Library of Medicine. The same even holds true for those whose older siblings have a condition such as autism. In fact, this organization has stated that “autism is a neurodevelopmental condition that has a strong genetic component with genesis before one year of age, when MMR vaccine is typically administered.”

Further boosting this finding is the fact that these studies all had large numbers of participants, none of whom developed autism from the vaccine. Claims such as this one are not only disproven by the scientific community, but they are also harmful, both to the progress of vaccines and to those who do suffer from conditions such as autism.

Negative opinions such as those against the MMR and influenza vaccines have now found a new home: the Pfizer-BioNTech and Moderna vaccines. Claims about the vaccines being dangerous or even deadly have been circulating for months now. However, both vaccines went through intensive and rigorous trials and testing before being approved for public use. During the trials for the Pfizer vaccine, an inoculation with a 95% success rate, 44,000 participants were included in the vaccine trial. In an article published by Reuters, it was confirmed that, during the trial, six of the participants involved had passed away, but not necessarily from the vaccine. Four of the deceased participants had received a placebo, not the real vaccine. The two who did receive the vaccine passed away from cardiac arrest and arteriosclerosis. None of these deaths have been attributed to the vaccine, which consists of a harmless two-stage regimen to protect the recipient from COVID-19.

Vaccine resistance has been a problem for quite some time now, and while having a fear of injections or medicines is natural to an extent, the ideas that vaccines are actually dangerous, or even lethal, are untrue and unfounded. The vaccines that have been released are useful tools that can help us all recover from this pandemic. We should not be fighting them, rather, we should be accepting them with open arms.