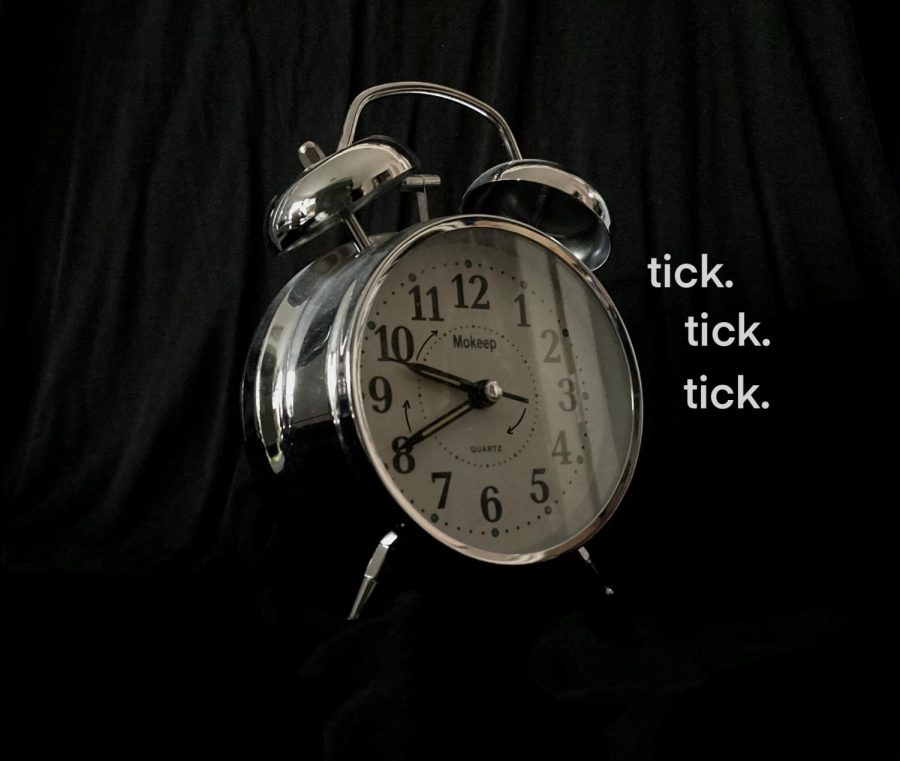 Literally, misophonia means “fear of sound.” But for those with the condition, it can feel like much more. When someone with misophonia hears a trigger, their brain zeros in on it, unable to focus on much else. Harvard Health Publishing explained that when experiencing a trigger, one’s brain invokes a fight-or-flight response, and they experience emotional reactions like anger, fear, panic and anxiety. These triggers can also elicit physiological reactions like tension and stress.

Misophonic triggers can include a multitude of sounds. Some triggers can be chewing, breathing, sniffing, pen clicking, the scraping of a fork on a plate, the sound of a clock ticking or even the tapping of someone’s foot. A paper published in the U.S. National Institutes of Health’s National Library of Medicine found that as a person with misophonia becomes older, they are likely to develop new triggers. One way new triggers can be developed is through discussing triggers with someone else who has misophonia. The brain may begin to process that noise differently once that person is aware of the effect it has on another person.

It’s easy for someone without misophonia to claim that they too find these sounds annoying, but misophonia makes those sounds more than annoying; they’re intolerable.

The condition looks different for everyone who has it, but the process in their brain is the same. According to the Misophonia Institute (MI), a virtual institution dedicated to researching, treating and providing information about misophonia, the misophonic reaction is “an involuntary physical and emotional reflex caused by the sound. The sound directly activates the autonomic nervous system, which is located in the brain stem, and the limbic system, which is associated with emotion.”

MI compares the misophonic reflex to being poked in the ribs with a stick. No matter how many times someone is poked in the ribs, they will react every time, even if unintentionally. This same process occurs for those with misophonia, only in the brain.

Tom Dozier, the director of MI, emphasized that misophonia is a learned condition rather than one people are born with.

“You don’t have neurons cross-wired or misfiring, you don’t have a chemical imbalance, you don’t have some defect in your brain telling you these sounds are about to destroy you or eat you. It’s simply normal human neurology, called ‘Pavlovian conditioning,’” he said.

From his research, Dozier has discovered that misophonia is most often developed at a young age, between 9-13. He’s identified two main groups that develop misophonia: sensitive children who are very in tune with the emotions of others and strong-willed children.

Dozier explained that, for example, when a child is taught at a young age that they are meant to chew with their mouth closed, seeing someone breaking that rule can cause the child to tense up or feel angry. As the child experiences more and more people breaking that rule, the reflex intensifies. This physical reflex triggers an emotional reaction, such as anger. Over time, the child will experience classical conditioning, meaning that their brain will learn to fast-forward through the physical reaction and directly experience the emotional reflex when faced with the sound.

There is no definite cure to this condition, but there are ways that those struggling with misophonia can learn to cope. Often, these coping mechanisms offer ways to handle the elevated anxiety levels and manage reactions to triggers, but it’s unlikely that triggers will ever completely go away.

According to MI, one method that has been successfully applied to misophonia is cognitive behavioral therapy (CBT). More specifically, exposure therapy — a type of CBT — has proven to be beneficial in some cases. Listening to trigger sounds in a controlled setting can help those with misophonia reassociate the sound with a different physiological condition. For example, someone who enjoys running may choose to expose themself to the trigger while on a run. This can help them begin to associate that sound with a more positive connotation: the feeling they experience while running.

While exposure therapy can work in a controlled setting, general exposure to a trigger can worsen the response.

“First, it strengthens the actual reflex that hits you (that you feel) when you are triggered, and second, whenever you are being triggered, any repeating sight or sound in the environment can become a trigger,” explains MI on their website.

It can feel rude and uncomfortable to ask someone to stop making the trigger sound, especially when they’re not aware of your condition. But it may also feel rude to leave the situation. The person experiencing the reaction might hope that they can get used to the trigger and begin to tune it out like they do other stimuli, but it isn’t possible to just ignore misophonic triggers. But for their own sake, it’s best to remove themself from the situation to avoid worsening existing triggers or developing new ones, Dozier explained.

One of the best things that someone with misophonia can do is add noise to their life, even when not actively experiencing a trigger. Whether it’s using a white noise machine, listening to music or turning on the TV to play in the background at dinner, having a non-trigger sound to focus on (in case of potential triggers) can greatly reduce the misophonic reflex.

Since misophonia research is still relatively new — with the term itself having been coined in 2001 by Margaret and Pawel Jastreboff — there’s a long way to go before researchers develop long-term solutions. In the meantime, it can be beneficial for those with misophonia to have support from friends and family. It is important to be cognizant of the fact that the sounds someone is making might be a trigger for someone around them.

Obviously, people need to chew and breathe. But GoodTherapy, a website that matches people with a therapist and provides mental health resources, suggests that if you catch yourself tapping your foot during a lecture or clicking your pen during a test, you should try your best to stop that behavior. You never know if someone around you may be triggered by that noise.

Misophonia is classified by MI as a “rarely-known disorder.” This is supported by the fact that the word “misophonia” isn’t recognized as a real word on iMessage and that the word itself was only recently created. Dozier emphasized that even though misophonia is not well-known, it’s common; he shared that 13.6% of Americans reportedly have misophonia.

To learn more about misophonia, visit https://misophoniainstitute.org/ and/or watch the documentary “Quiet Please” on Amazon Prime.