Eating Disorders Need to be Better Addressed During this Disorderly Era 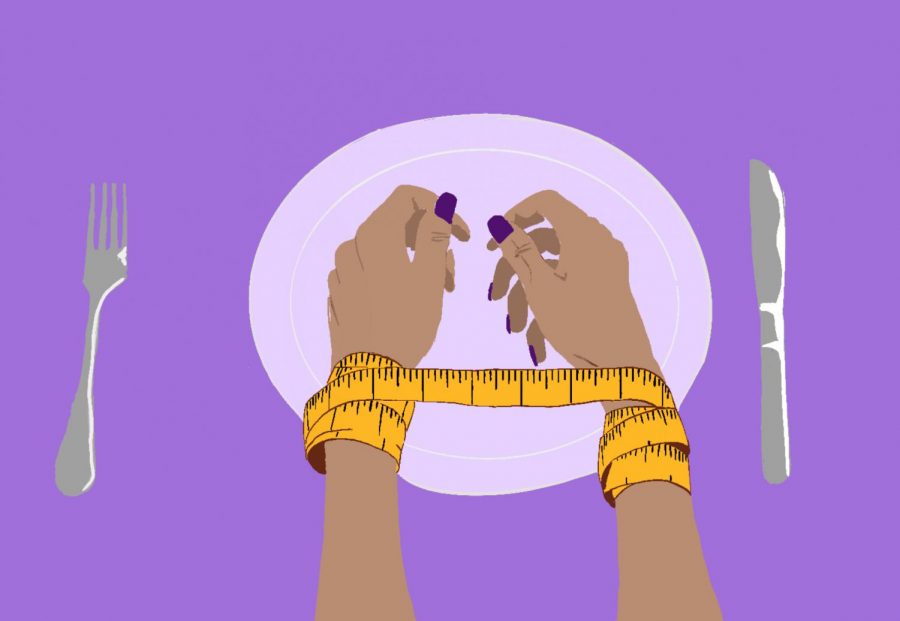 Since the era of COVID, eating disorders have become more common due to multiple factors.

Unquestionably, the Covid-19 pandemic has been a tremendous catalyst in psychological and emotional issues. A study conducted by Jama Network Open, a medical journal published by the American Medical Association, found that depression symptom prevalence was more than three times higher during the Covid-19 pandemic than before. Further, many mental health issues, such as depression and anxiety, can trigger eating problems, or even prompt a relapse in eating disorders.

As we are living through the tumultuous effects of a pandemic, sporadic fluctuations in appetite based on our emotions is totally normal. Having some ice cream when we’re feeling down, or losing our appetite because we’re nervous about something can be a perfectly natural response. However, according to the Academy of Nutrition and Dietetics, symptoms such as a preoccupation with food, weight and body image, as well as a feeling of loss of control over food, among others, constitute disordered eating. On the very far end of this spectrum are more commonly known eating disorders like anorexia nervosa, bulimia and binge-eating disorder.

The National Association of Anorexia Nervosa and Associated Disorders states that 9% of the U.S. population, or 28 million people, will experience symptoms that fit into the criteria of an eating disorder in their lifetime. This excludes the majority of people who suffer from disordered eating, which is not diagnosed as an eating disorder. Furthermore, eating disorders are among the mental illnesses with the highest mortality rates. There is little data available online of how these numbers have been affected by Covid-19, as we are still in the thick of the pandemic. Statistics concerning teens are especially scarce.

Teens are already susceptible to issues with body image and self-esteem, and the pandemic likely has exacerbated that for many. The pandemic threw everybody from their usual structured routines. An abundance of newfound free time was accompanied by feelings of isolation and loneliness. As an athlete myself, during quarantine, I felt pressured to watch what I ate more closely, and participate in workout videos in an attempt to stay in shape. However, without a routine, I saw myself repeatedly disappointed in my actions regarding food and exercise. I also found it difficult to share my troubles with my friends.

Additionally, Covid-19 saw teenagers (and adults) increasingly active on social media. It feels too easy to scroll through posts and inadvertently compare yourself with the physical appearances of the bodies you see on social media.

“Our screen time increased, meaning that we were more likely to be exposed to thin or athletic ideals through the media, while decreased physical activity may have heightened negative thoughts about weight or shape,” the lead author of a study linking Covid-19 to a rise in body image issues, Viren Swami, stated in a news release.

On all social media platforms, in the beginning of quarantine, I saw tons of content of teens seeking “glow-ups,” or going on diets and exercise plans to achieve their goals over quarantine. Influencers such as Chloe Ting became internet sensations for their workouts that claimed to give viewers their ideal body shapes. However, as 2020 went by, and as it’s been a little more than a year from when Covid-19 first forced quarantine, I saw this content shift along with my own mindset.

“The only thing that the pandemic has given me is an eating disorder…But it’s fine, because I lost weight,” said a TikTok post recently, to resounding agreement in the comments. Many teenagers interacting with this video had similar experiences to the one in the video. What started as a teenage popularity spike in workout and health videos devolved into a normalization of disordered eating and toxic mindsets towards body image, which in some cases, became something even more dangerous.

There has to be more awareness surrounding this in the teenage community. We need to do more to address when we, or our friends, are suffering from disordered eating or eating disorders. Eating issues should not be normalized, and we need to work towards breaking that standard. It is vital for us to recognize when we, or those around us, are struggling with a toxic relationship with food.