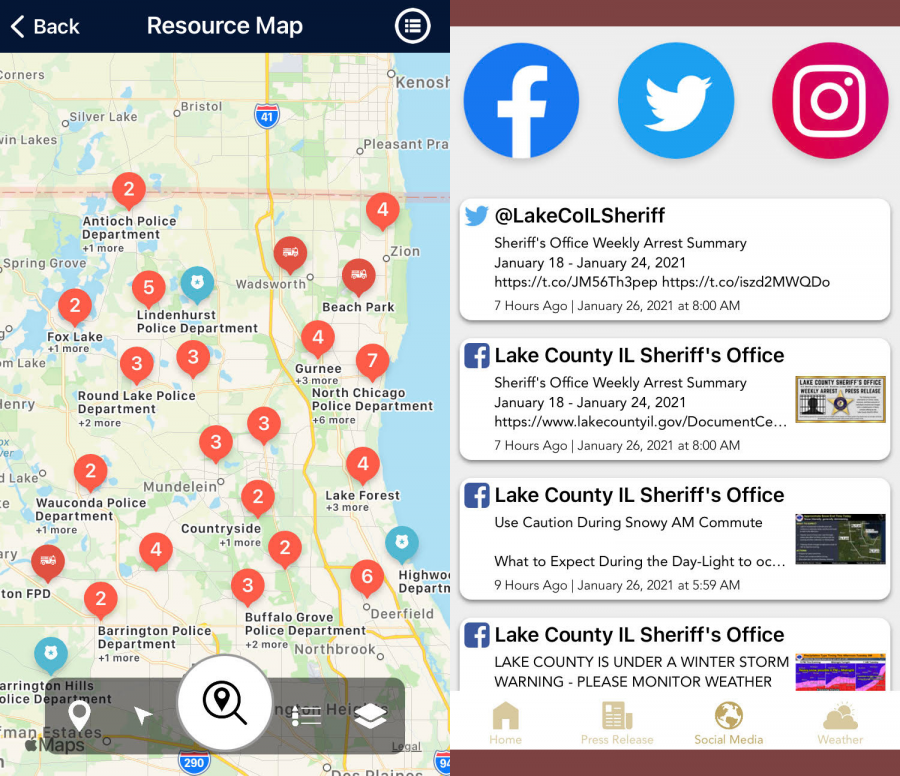 The Lake County Sheriff’s Office, led by Sheriff John D. Idleburg, has released a new mobile app, which contains a host of features, each one designed to help the residents of Lake County be more knowledgeable about and safer within their community.

Among the features provided by the app — available for Apple and Android devices alike — is a crime tip line. Of course, calling emergency services through 911 is still the suggested way to contact any emergency services, including the police department. However, this secure line allows residents to report any unlawful act that they witness, as well as add any photos they may have as potential evidence of an event, all of which could prove useful to the police department in a potential case. This feature also has an anonymity option, which allows the reporter to shield their identity, should they choose.

This tip line, however, is not the only tool contained within the app. Another addition provided by the newly released app is a “Jail Information” section, which allows a user to find information about Waukegan’s Lake County Adult Corrections Facility. In addition to standard information, an app user also has the ability to schedule a visitation with or write a letter to a prisoner, post bond or put funds into an inmate’s account.

Also provided by the app is a search for nearby registered sexual offenders, the ability to obtain police and accident reports, and the necessary resources to file a Freedom of Information Act. Also known as an FOIA, this last feature grants any citizen the right to access unreleased information and documents from the government upon request.

“The reason a lot of police and sheriff departments are going to apps is because most people use a mobile device, rather than a desktop,” said School Resource Officer Wayne Kincaid, who’s been a member of the Libertyville Police Department for 19 years. “The app makes it more convenient for the citizens to submit something to the app easily, accompanied by a fast police response.”