Searching: How psychology explains our need for community 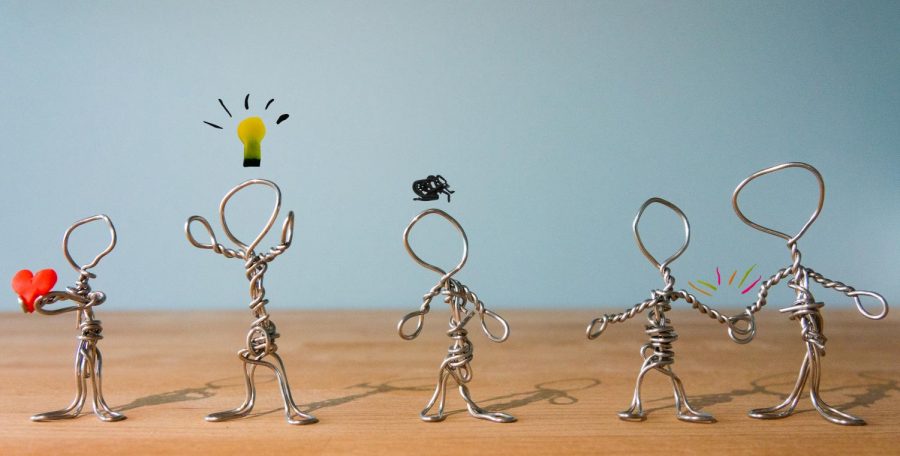 Our desire to find community is expressed through many different psychological tendencies. Whether that means finding community through love, developing ideas with others, understanding what it means to be alone or forming social connections, these tendencies have impacted our lives and shaped our development in many ways.

Philosopher Friederich Nietzsche once said that, “In loneliness, the lonely one eats himself; in a crowd, the many eat him.” While his delivery is unusually dark, there is no doubt that this sentiment is held by far more than just the father of nihilism. Hidden within the lyrics of unabashedly cheesy love songs and the euphoria at receiving a like on Instagram is an immutable fact: human beings crave belonging to the point that even the notion of being alone can be terrifying.
The Proof
Far from being an inexplicable phenomenon, research in the field of social psychology suggests that this desire for connection and community is hardwired into the human brain.

“When…you [see] the love of your life or have a great conversation with a best friend, [that] activates areas in your brain that are pleasure pathways,” explained Laura Brandt, LHS psychology teacher. “We seek that connection over and over and over again.”

A report from Harriet Over of the New York University psychology department revealed that this desire for connection begins surprisingly early in life. In fact, infants as young as eight weeks old will smile at and engage in proto-conversations with strangers in a laboratory setting with the goal of prolonging interaction.

Our motivation to form communities is so strong that in a groundbreaking paper by social psychologist Roy Baumeister and psychology professor Mark Leary, the pair argued that belonging is not merely a human desire but rather a fundamental need. While they acknowledged that different individuals experience this need to differing degrees, they still asserted that a sense of belonging is extremely beneficial to the general well-being of all individuals.
Evolution’s Influence
The development of humanity’s need to belong is slightly more ambiguous, as possible theories often hinge on the intersection of psychology and evolutionary biology.

According to the Smithsonian National Museum of Natural History, the byproducts of forming a community, including the ability to share resources and form social networks, helped humanity’s early ancestors to survive the harsh environment that surrounded them.

Without a strong desire to forge social connections, it is unlikely that humanity would have been able to expand across the globe in the way it did, much less build complex civilizations. Thus, the need to belong improved the fitness of the human species in its environment, providing an evolutionary advantage.

Further evidence suggests that the human view of communities and their benefits is greatly evolved from that of other animals that congregate in groups. For example, according to National Geographic fellow Dan Buettner, “Young children who can’t lift a bucket of water on their own will understand that if they [work] together they’ll succeed, whereas a young chimpanzee may not figure this out.”
A Double-Edged Sword
While the drive for belonging can seem at first to be an unequivocal good, there is a bit of a dark side to this need as well.

The phenomenon of “groupthink” is perhaps best documented by the Asch Conformity Experiments, in which 75% of experiment participants lied at least once about which of three lines they thought matched another in order to conform to the intentionally incorrect answer offered by the other members of the group. Essentially, the experiments revealed that humans can be so desperate to fit in that they are willing to abandon their own stances on simple logical and, by extension, moral issues in order to gain the approval of a group.

Ms. Brandt highlighted the way in which the desire for belonging can also lead to the formation of us vs. them mentalities when individuals attempt to boost their own self-esteem at being part of a friend group or sports team by differentiating themselves from or excluding others.

She went on to illustrate that conformity and exclusion are especially pronounced in early adolescents due to a high need for approval and affiliation by underscoring how “everyone listens to the same music [and] wears the same things…[in] eighth grade.”

However, the most glaring drawback of the need for social connection may be our reaction when we feel as if we are alone, a feeling that has become stark for many during this year’s pandemic.

Dr. Kelly Behrends, clinical director of the Libertyville Counseling Group, commented on these far-reaching effects, explaining that “right away, people were fearful. They were fearful that they were going to lose connection with their primary groups,” which raised questions of “who am I without that [group]? and how do I fill that void?” and left many feeling lonely or anxious.

Acknowledging the damaging effects feelings of isolation can have, Dr. Behrends advises students to develop creative ways to connect from afar and to find something positive to look forward to each day.
A Little Less Alone
When individuals feel embraced by a community or group, however, the benefits for mental and emotional health are astounding.

For example a strong sense of community and tight social circles have been cited by the National Center for Biotechnology Information as reasons as to why people residing in “blue zones,” regions where an unprecedented proportion of the population lives to be 100, remain so healthy.

Elaborating on the benefits of a sense community in a clinical setting, Dr. Behrends stressed that “social support is one of the key things that we try to strive for when helping a patient to recover from depression or any kind of emotional problem from stress…It’s really important to not feel alone when you feel so emotionally drained.”

The Mayo Clinics echoed this idea, stating that those with social support networks during times of crisis often have higher self-esteem, lowered cardiovascular risks and better coping mechanisms when placed in stressful situations.

A report from the Noba project, an open psychology education initiative, suggested that “groups are not only founts of information during times of ambiguity, they also help us answer the existentially significant question, ‘Who am I?’” This derivation of identity from membership in a group can perhaps best be seen by the meaning individuals give to religion and culture, which rely on the sharing of a set of beliefs or customs with others.

The effectiveness of working in groups as opposed to individually also rests on the inclination to bond socially. According to Ms. Brandt, individuals are often more productive in groups because “when you have an end goal, it creates cohesiveness in the group…[and there’s] this great sense of belonging…that we’re all in this together,” a psychological concept known as “collective efficacy.”

Research on the human need to belong will most likely continue to evolve and grow in the coming years, but armed with the knowledge that we have today, perhaps the most important action we can take as a society is to work to extend a sense of belonging to all of those around us.