The Legacy of the Nowhere Boy 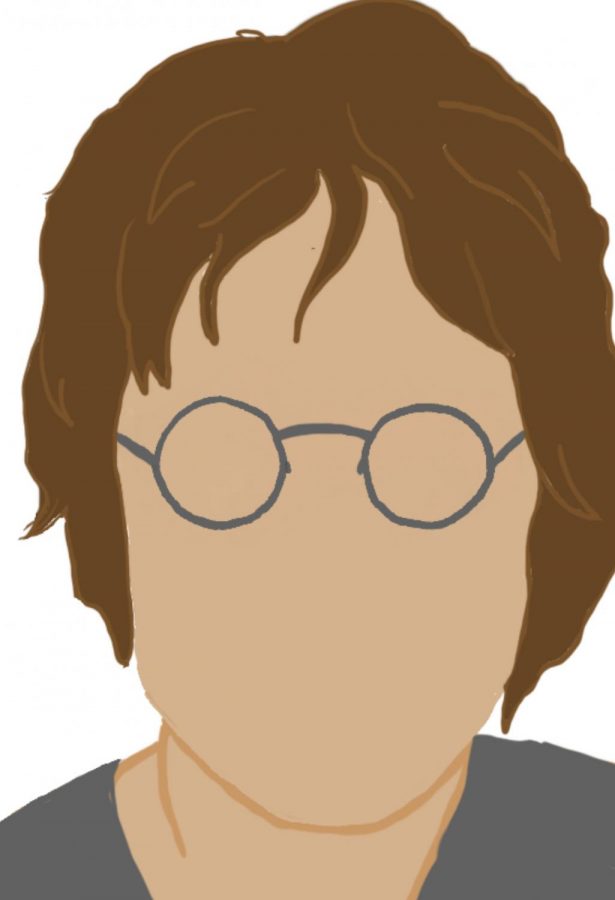 Imagine this. The day is Dec. 8, 1980, and you’re just getting home from work. You make dinner, complete any additional work you need to finish, and you turn on ABC for Monday Night Football. At first, you root for your favorite team; however, during one of the quarters with three seconds left, Howard Cossell announces that “an unspeakable tragedy [has been] confirmed to us by ABC News in New York City. John Lennon, outside of his apartment building on the West Side of New York City, the most famous perhaps of all of The Beatles, shot twice in the back, rushed to Roosevelt Hospital, dead on arrival.” When you hear this, how do you react?  Do you try to deny it? Do you call your family to spread the news for those who didn’t hear about it? Do you reflect upon the years of joy that Lennon’s music gave you growing up?

The announcement of Lennon’s death 40 years ago caused fans all across the world to grieve. His last album was released about a month prior to this, and although he was gone, the material he left behind was enough to have him be remembered for generations to come. So, in memory of this tragic date, and with this year marking the 50th anniversary of his first solo album, let’s look back at what Lennon left behind.

In 1957, Lennon formed The Quarrymen with a few of his friends from school. As stated in Billboard in 2017, through this band, he met and befriended Paul McCartney and George Harrison. After a couple of years, and multiple name changes, the trio ended up obtaining a tenure at a nightclub in Hamburg, Germany. It was at the nightclub where the three met Ringo Starr, thus forming the famous quartet everyone knows and loves today, The Beatles.

Eventually, the four would become world-famous, but they ended touring in the year 1966 due to circumstances such as the audience oversinging them, and the way the songs sounded live as opposed to how they did on the album. Following this, The Beatles went on a four-month hiatus. According to Rolling Stone in 2009, Lennon started considering his future plans as a musician during this time, including the thought of leaving The Beatles.

After the hiatus was over, the group reunited to record “Sgt. Pepper’s Lonely Hearts Club Band,” “Magical Mystery Tour,” “The White Album,” “Abbey Road,” and “Let it Be.” In the years following the hiatus, a majority of concepts The Beatles were working on (such as “Magical Mystery Tour” and the concept for “Sgt. Pepper”), were being created by Paul McCartney, infuriating Lennon due to his loss of control over the band. Lennon wanted to make music that was revolutionary and felt McCartney wanted to make what Lennon called “silly love songs.” This led to collaborative struggles within The Beatles, to the point where McCartney was the one trying to motivate everyone and trying to maintain control, leading to their breakup in 1970. According to “The Beatles: All You Ever Wanted to Know About the Fab Four,” Lennon stated, “I started the band. I disbanded it. It’s as simple as that.”

Following this breakup, Lennon would record 10 solo albums and various singles, including “Imagine” and “Happy Xmas (War is Over).” It was around this time that he became an advocate for world peace. Though his heart was in the right place, not everyone thought he was a good person. For example, his son Julian told The Daily Telegraph, “I have to say that, from my point of view, I felt he was a hypocrite. Dad could talk about peace and love out loud to the world but he could never show it to the people who supposedly meant the most to him: his wife and son. How can you talk about peace and love and have a family in bits and pieces—no communication, adultery, divorce? You can’t do it, not if you’re being true and honest with yourself.”

In 1975, Lennon retired to take care of his second son. Sean, only to return to music five years later to record the album “Double Fantasy” with his second wife, Yoko Ono. Unfortunately, this would be his last album as one month later, Lennon would be shot four times in the back outside his apartment by Mark David Chapman. Around the same time, Chapman would seal his fate by admitting that he was the one who killed Lennon, and stating that “Infamy brings glory.”  According to ABC News, Chapman has been denied parole 11 times and is still in prison to this day.

Although it has been 40 years since Lennon died, he will not be forgotten. Every year, fans gather at a memorial outside the Capitol Records Building in Hollywood. According to Genius, a music news and lyrics website, various musicians, including David Gilmour, David Bowie, Stevie Nicks, Freddie Mercury, Elton John and Paul Simon, put their thoughts down on paper after hearing about Lennon’s tragic death. His former bandmates even recorded a song written by Harrison as a tribute to Lennon.

The date of his death marked the end of an era, one that impacted millions around the world. Not only did Lennon revolutionize the rock ‘n’ roll scene, he also inspired various artists, including Mercury, Ozzy Osbourne, Gene Simmons, Kurt Cobain and countless others. To this day, people still wear shirts with prints of the “Abbey Road” album cover and the iconic photo of Lennon in front of the Statue of Liberty. Long story short, Lennon will not be forgotten; due to everything he left behind, he will be remembered for generations to come.