Politics in the Social Media Era 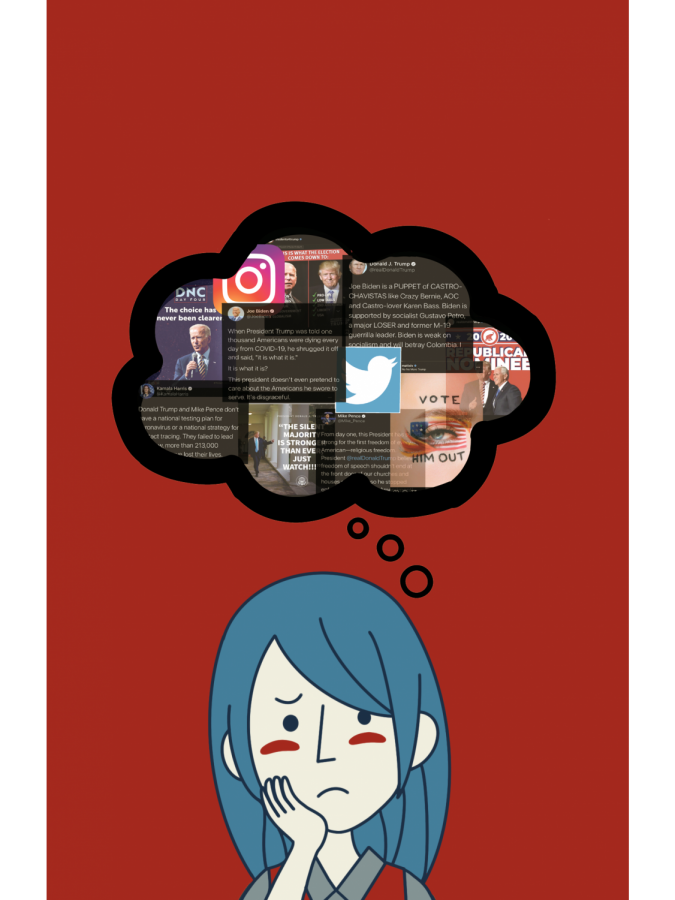 There is no doubt about it — social media has seen a large increase in politics-related posts between the 2016 and 2020 elections. Whether you believe this is for better or for worse, it is clear that social media has been increasingly used as a campaign tool by politicians and their communications teams.

There are certain parts of political involvement in social media that have been great, like the ability for candidates to share their views in a more casual way or for people to organize political events.

Since social media is accessible to virtually everyone, it has become easier to post your views on any topic to the world. On the flip side, social media platforms show you content based on your posts and what you view, which can lead to confirmation bias

According to Encyclopedia Britannica, confirmation bias is “the tendency to process information by looking for, or interpreting, information that is consistent with one’s existing beliefs.” So the more you look at articles or posts that correspond to your personal beliefs, the more likely you are to be shown more articles that go along with your thoughts.

Confirmation bias has been a negative effect of social media. It keeps people from discovering other opinions and further divides people. This divide has only grown as more politicians use social media.

This election, social media will be a key factor in determining not only the results of the presidential election, but also local races, according to the United States Department of State. It has become almost essential for candidates to have a presence on social media; however, the content they post is more important than the fact that they are posting anything.

In the case of President Donald Trump’s controversial Twitter account, some believe it’s an ingenious campaigning tool, while others think it is only widening the divide in the United States. His tweets often make promises to the American people or are used to share news, which is an effective way to communicate his ideas and promote his campaign, especially with how much news coverage they get. He often outlines a plan for the future in his tweets, which he sometimes follows through on.

These tweets can also serve as a way to connect to the people, which Trump has done well at times. In some of his more general tweets, people can see their own views and relate, so they would be more likely to vote for him.

Because of how widely spread his tweets are, though, they create conflicts, like with other politicians and foreign countries. A study by The New York Times found that one in eight of his tweets are insults, showing how social media is being used to degrade people and hinder the possibility of civil discourse.

Compared with other political figures, his tweets are far more hostile and are often used to criticize and insult his opponents, like Speaker of the House Nancy Pelosi or former Vice President Joe Biden.

Misinformation has become one of the most prevalent problems on social media, and the site most responsible for fueling this is Facebook. During the 2016 election, they were heavily criticized for the propaganda being spread on the site, which has only grown since then, according to The New York Times.

On Sept. 3, Facebook took some steps to stop efforts to undermine the 2020 presidential election. Their new policy does not prohibit political ads but will not accept them in the final week before the election, according to CNN. It is unclear how effective this will prove to be, with early voting and mail-in voting already underway, so this election may prove to be just as influenced, if not more influenced, by Facebook.

TikTok has also helped to spread misinformation, but there are also many videos on there calling out falsified information or fake news.

Unfortunately, on any social media platform, fake news posts are seen 70% more than posts calling out or correcting this misinformation, according to a study by MIT, leading to people believing or even reposting the fake news.

Overall, social media is a revolutionary tool that can help and hurt both average people and politicians. There needs to be some form of regulation on political posts and ads on social media, and platforms should work to minimize misinformation and fake news. Until then, all we can do is stay on the lookout for falsified information and do our research about what we see on social media.