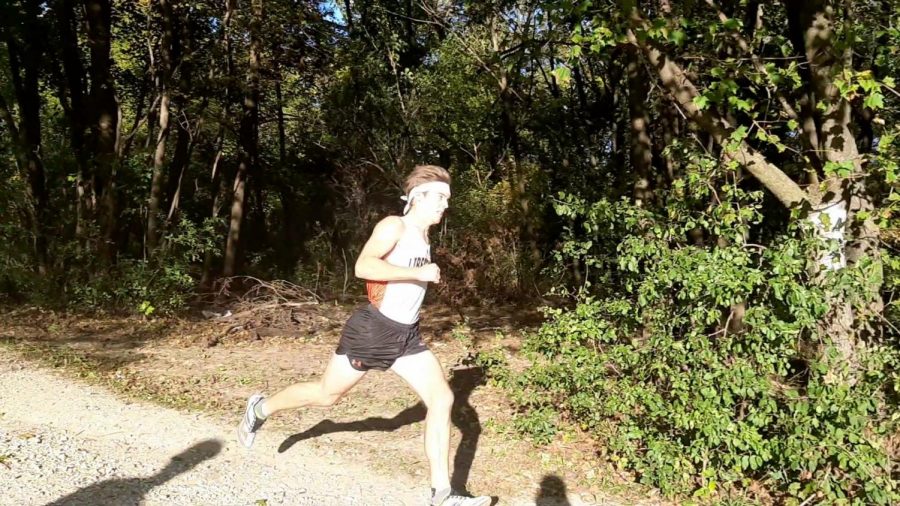 The final score of the meet was 20-38 (in cross country, the lower score wins). The top five runners on the team were Liam Tucker in first, Jack Hamilton in second, Ali Faiz in third, Dylan McCarty in sixth, and Issac Sweitzer in eighth).

Due to the pandemic, this was not your average cross country race;  there were staggered starts for all runners. Each runner started 15 seconds after the next to promote social distancing. Both teams ran separate races because of the Illinois Department of Public Health rules on gathering sizes.

Senior Ethan Hanson has been on the team since he started high school, and he stated that it was different not running with the other team: “A lot of the people like running with the pack and kind of racing the opposing team, but with this, we’re starting every 15 seconds.”

Hanson said this meet meant a lot to him because it was his last time running at home with his teammates.

Stuart Mendelsohn, the head coach of the team, said that everyone on the team had the same goal for this race.

“Since today was our last home meet, the goal was to run their fastest time this year that they had run at Adler,” he said.

The team’s next meet will be the conference championship, which is on Saturday, Oct. 17, at Warren. This will be followed by the IHSA playoff competitions.