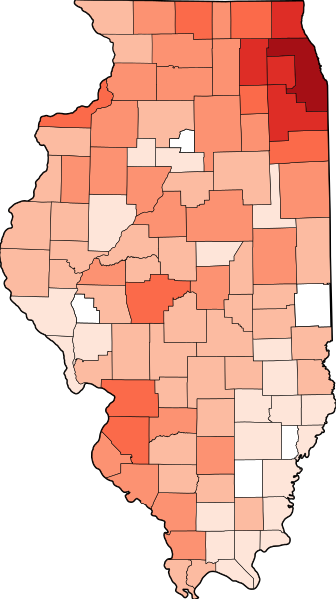 Lake County COVID-19 Update:
As of May 5, there were 4,292 coronavirus cases and 145 COVID-related deaths in the Lake County area. According to the Lake County Health Department, Libertyville has between 45 and 49 total cases of the virus, but the exact number is not known.

The Lake County Health Department still advises people to follow social distancing guidelines and to limit going outside to help stop the spread of the virus. They agree with Governor J.B. Pritzker’s stay-at-home order, which lasts through the end of the month, and strongly advise everyone to wear masks.

They also advise that people should stay home when feeling ill but seek medical help when having difficulty breathing, pain in the chest area, or other symptoms that point to a more severe case of the virus.

The county health department is currently investigating 32 long-term care facilities for the elderly, all of which have two or more positive cases; these facilities hold a majority of the deaths in the area.

The age group with the most cases appears to be 40-59-year-olds with 1,231 cases, but other age groups also have numerous cases of the virus.’

LHS News:
Throughout the COVID-19 pandemic, staff and administrators at Libertyville High School have been working to help out people struggling emotionally, mentally and physically. One of the top concerns is food, so LHS started a food bank for people in need.

The idea came about shortly after the school closed because the administration realized that “we needed to provide breakfasts and lunches to families in need,” according to Dr. Tom Koulentes, LHS principal. School social workers tried to contact families to find out what they needed, and it was decided that a food bank would be the best course of action.

Any Libertyville family can go to the Studio Theater entrance on Monday through Thursday from 8 a.m. to 3 p.m. to pick up food and supplies from the food bank. Families who cannot come to the school but need assistance have been receiving deliveries.

LHS has also been participating in #LightsfortheFight, where the school turns on all its stadium and auditorium lights at 8 p.m. on Fridays, and the school has also donated thousands of gloves, dozens of masks and disinfectant wipes to Advocate Condell Medical Center.

In addition, student-athletes have started a fundraiser that purchases food for the LHS food bank, donates money to hospitals and donates to school districts with low-income families. Contributions to this fundraiser can be made online through the school’s webstore.

LHS teacher Andy Thomson, who instructs in the applied technology area, has been making face shields that are now being used by medical professionals in the area in addition to members of the school’s buildings and grounds team. As of April 9, he had made 35 shields and planned on making more.

2020 Primaries:
Of the 29 initial candidates in the Democratic presidential primary race, only Joe Biden remains, making it most probable that he will become the Democratic candidate. Biden has 1,288 delegates in comparison to rival Bernie Sanders’s 942 delegates, part of what caused Sanders to drop out of the race on April 8.

Sanders has formally endorsed Biden as the presidential candidate, along with former president Barack Obama. According to a report from The New York Times, Obama helped to convince Sanders to drop out of the race.

The Republican primary has been one-sided throughout. The current president, Donald Trump, has already received the 1,237 delegates needed to win the primary. The only other candidate who earned delegates was Bill Weld, but he chose to end his campaign after President Trump officially won the nomination.

2020 Census:
This year, the United States Census Bureau is holding its decennial census, which counts every person in the U.S. and the five U.S. territories: Guam, Puerto Rico, American Samoa, the Commonwealth of the Northern Mariana Islands and the U.S. Virgin Islands.

Article 1, Section 2 of the Constitution requires the United States to conduct a count of its population once every 10 years. The 2020 census will be the 24th count of the population in the nation’s history.

In mid-March, every household received a Census form and is responsible for filling out the short questionnaire, which includes questions asking about demographic information and other details, like how many people are living in a household.

It is required by law for people to participate in the Census because the data collected is “critically important” to funding, according to the Census website.

The census provides data for lawmakers and others that provide services and products to all Americans. The count is also used to determine how many seats each state gets in the House of Representatives and helps to draw Congressional district boundaries.

In December 2020, the U.S. Census Bureau will deliver the population count to the president and Congress, which is required by law. By April 2021, appropriate changes will be made based on the new population. This timeline has been pushed back because of the coronavirus pandemic.