Friends and Fundamental Human Rights: When Does Their Opinion Cross the Line? 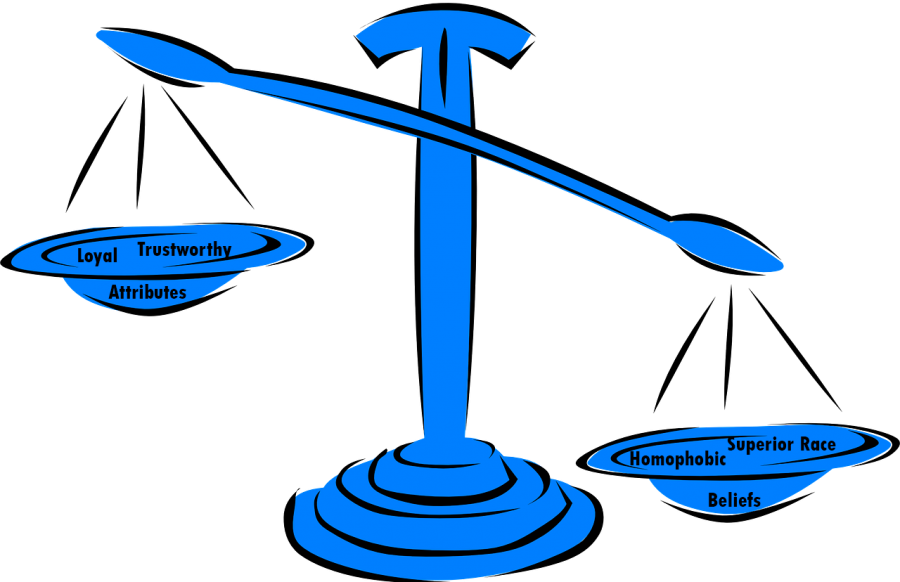 If you feel that someone’s opinion on what you consider to be fundamental rights is being infringed upon, it might be good to weigh how you feel about and if their negative opinions outweigh what you like about them.

Having different political opinions from your friends is 100 percent okay. I’m friends with people who have different opinions than me on subjects like abortion, religion and gun control.

It’s the people who have fundamentally different social values that I have a problem with.

When a friend of mine told me about a girl who genuinely believes white people are the superior race, we both completely cut her off. I couldn’t stand being friends with a person who thought whites are superior. Her “proof” was that only white people had made major accomplishments throughout history, which isn’t even true, and if that were the case, it’s only because white people have suppressed other races for a large part of history.

However, having political debates is completely okay. A few of my friends and I occasionally debate issues, like abortion, and despite the fact that I don’t agree with them, I respect their opinions.

I even know someone who doesn’t think climate change is real, and although I think they’re completely oblivious, I’m still friends with him… I just occasionally send him articles about climate change.

In my mind, this was justified, and I still believe it was, but for a brief moment, I questioned how right I was in doing this.

A few months ago, I was watching “Ellen.” On the show, she addressed the public outcry that resulted from her sitting next to President George W. Bush, who is known for fiercly opposing same-sex marriage, at a football game this fall.

Her response, according to The Los Angeles Times, was, “Just because I don’t agree with someone on everything doesn’t mean that I’m not going to be friends with them. When I say, ‘Be kind to one another,’ I don’t mean only the people that think the same way that you do. I mean, be kind to everyone. It doesn’t matter.”

Her reply got me thinking… a lot.

If she, a gay woman, can look past someone’s disapproving opinions about her own identity, who was I, as a straight woman, to judge someone based on this belief?

The only problem is that it’s difficult to remember this as people close to me are hating on beliefs that I think are basic human rights.

Not to mention, there’s the question of whether Ellen’s right or wrong in this thought process. I have a hard time understanding how two people can be friends when one believes the other shouldn’t have fundamental human rights. If someone told me the way I lived my life is wrong and because of that I’m inferior to them, I would be pissed.

Again, I’m not saying you shouldn’t have friends with different opinions as you. In fact, it’s probably healthy to hear the other side of certain arguments. However, if your friend believes a certain person’s human rights are lesser than their own, I say drop ‘em.

When kids are at a young age, their family members, especially their parents, have a large influence in shaping their beliefs.

This means that family members set the stage for the beliefs of their kids or younger siblings. This is a reason why many kids have similar opinions as their family. When you’ve been influenced by the people you care about for years, it’s difficult to branch away, even if you want to.

I have friends who have different opinions as their parents, and they get very uncomfortable when their parents start voicing their opinions. For the most part, they choose to ignore it, but the ones with younger siblings have expressed their frustration as they see their siblings begin to believe, for example, that transgender people are “confused” and women shouldn’t be able to choose what to do with their bodies.

To me, family is incredibly important, so unlike with friends, you can’t just drop them. But, getting into occasional debates may be good for both sides.

How you handle these situations is obviously a personal decision. Although I completely agree with Ellen’s overall message of being kind to everyone, I disagree with the idea of being friends with someone if they think their lifestyle is the only “right” way to live. If you continue to coddle this person and don’t talk to them about their beliefs, they may never learn to be more accepting.