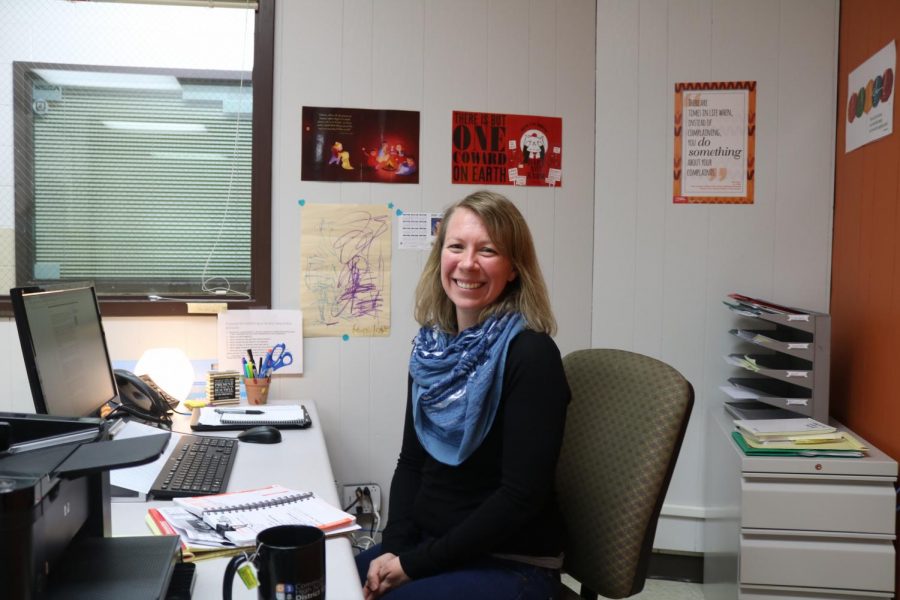 Before this year, Mrs. Anne Singleton was an English teacher with five classes a day, and on the side, she was educating herself on equity issues. Now, she has taken on the role of the LHS equity coordinator, while teaching two sophomore world literature classes.

While the position of equity coordinator isn’t new to the education system, it is new to LHS and District 128. Surrounding schools, such as Evanston and Highland Park High Schools, have equity coordinators. The job itself entails supporting all students and staff members in making sure that all students are learning to their full potential and achieving success, according to Mrs. Singleton.

Mrs. Singleton started learning about equity — its definition, according to Merriam-Webster, is “justice according to natural law or right” — at a night class provided to LHS teachers, which she first attended during the 2016-2017 school year.

“I began to see more of what things that I was doing in my classroom that I could do better in order to support all my students. So as I began changing practices in my own classroom, I began thinking about other classes too and my department,” Mrs. Singleton expressed about what she took away from the class.

One of these changes was helping the English Department focus on using classroom books that were not just about one race or just focused on male characters.

In her new role, Mrs. Singleton has so far worked a lot on educating the staff about equity. To help accomplish this, she held meetings to learn what the LHS staff knows about equity: “I met with over 70 staff members from ESP (education support professionals) to administration to teachers to LST staff…and as a result of that, I learned a lot of things…[One thing] I learned is that we have teachers who are really interested in supporting our LGBTQ+ population.”

This led to her second-semester goal, which is learning about the students. Within the first two weeks of second semester, Singleton has worked with the Gender-Sexuality Alliance (GSA) club to understand the LGBTQ+ community and has met with the gender-equality club, Advocats, to learn about a female student’s experience at LHS.

For the future, Mrs. Singleton looks forward to “doing some of the equity work with students and just teaching our students more about [it and] helping them figure out their own identity and the different ways [to do so],“ she stated.