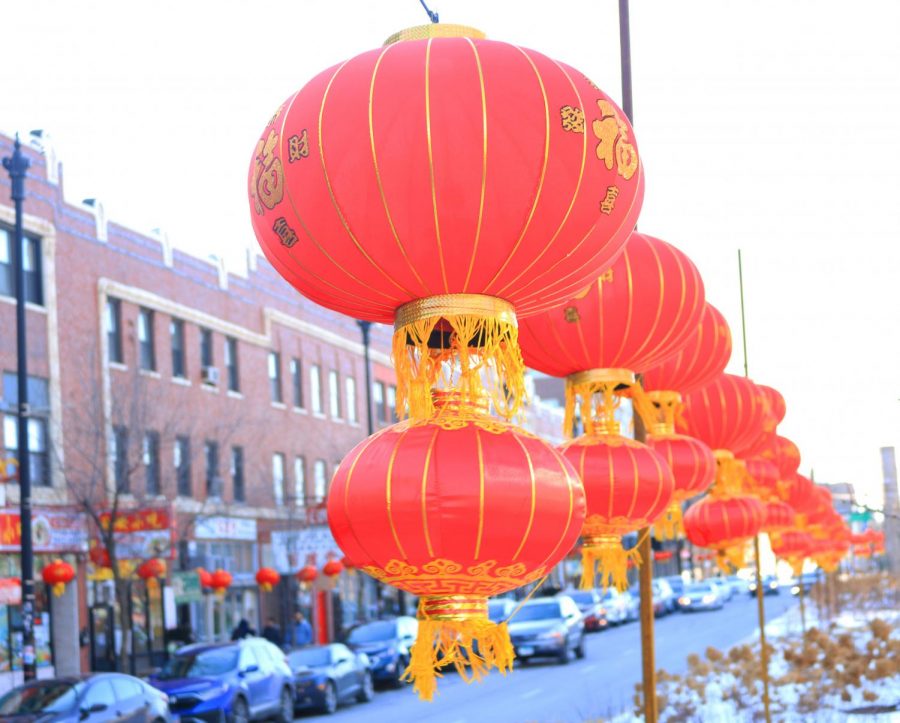 Honoring 2020 as the Year of the Rat, buildings and homes are adorned with lanterns. “Rat people” are considered witty, imaginative and adaptive.

3…2…1…Happy New Year! As the clock struck midnight, people across the country celebrated the start of the new decade. Gathered at large parties alongside friends and family, some people made resolutions looking towards a fresh start. However, for the many Asian Americans who celebrate the Lunar New Year, the main event is yet to come.

The series of celebrations for the new year are called 春节 (chun jie), or the Spring Festival in China. The Spring Festival takes place for over two weeks and is filled with several traditions. Although most LHS students who celebrate the Lunar New Year only take part in a fraction of these activities, they each have their own ways of participating and connecting with their culture.

Oftentimes, preparations for the holiday’s main festivities can take several days. Although her family only does minimal preparations for the new year now, freshman Ellie Chen recalled the amount of work that took place when she previously lived in Taiwan. There, “everyone was making decorations and everything for weeks before…I remember [making] a lot of decorations at school,” she said.

A major cleaning of the entire house is typically done prior to putting up decorations. In addition to improving the aesthetics, the cleaning is intended to clear out the old, and make room for the new. New clothes are often purchased in the same spirit.

Then decorations like lanterns, paper cutouts and banners adorn houses and streets. Vibrant hues of red and yellow, both considered to be lucky colors, can be seen all around. The character 福 (fu), which represents good fortune, is also often hung, but it is placed upside down to symbolize luck pouring over the occupants of a house.

Some decorations are specific to families. Senior Karen Tarman’s family sets up “a tree with Sakura flowers, red lights and hanging red envelopes,” which is almost “like a Christmas tree,” she explained. Although it is not the most traditional of decorations, Tarman’s tree represents the same traditional wish for luck in the new year while incorporating an American twist on the  holiday.

When asking LHS students what kinds of customs they participate in for the Lunar New Year, the first answer was almost always the exchange of red envelopes, or 红包 (hong bao). The envelopes are filled with money, but it is really the red paper wrapped around it that is considered to be lucky. Red envelopes are handed out to children by their relatives as a way of sharing blessings and expressing hope for more happiness and prosperity to come.

Also during the day, traditional dances like the dragon and lion dances take place. The colorful and textured costumes are held up by a coordinated team of dancers manipulating the figures in an attempt to create life-like movements.

A few years ago, sophomore Shirley Ma’s father and a few of his business partners began organizing a small parade and festival for the Lunar New Year in downtown Chicago’s Chinatown. In preparation, children hand out small flyers with symbols of good luck on them, while adults build and man the parade float.

Ma acknowledged that in China, “everywhere you go, there’s festivals and music,” whereas in Chicago, “it’s a much smaller magnitude of celebration.” However, the performances of several local groups are something she looks forward to as “a nice thing that happens every single year.”

Senior Jessica Li acknowledged “I don’t think [the way my family celebrates is] that traditional at all. We’re pretty relaxed about it.” However, she and her brother still participate in some traditional customs. As a part of their celebration, Li bows to her parents and leaves offerings for ancestors whose spirits are invited to join the festivities. People pray to their ancestors in the hope that the family will continue to be looked after. Showing respect to family is a prominent aspect of Chinese culture, and New Year’s is no exception.

The most common greeting on Chinese New Year is “恭喜发财 (gong xi fa cai).”er The phrase wishes for the person who hears it to have a prosperous and wealthy new year. With each meeting, the air rings with the repeated phrase and the hope of good fortune in the new year.

However, for some Asian Americans, living in the United States means reduced exposure to the language and other aspects of Chinese culture. Junior Lawrence Wang believes that at times, attempts to be accepted have caused people to stop “doing anything that’s completely different or really traditional to an ethnic background.”

Tarman feels that living in an area without a large Chinese community has impacted her ability to speak the language. “I can’t speak Chinese. I can understand the basics, but like I feel like I should be able to as a Chinese-American,” she admitted.

Although senior Alysa Zhang values the connections she has with her culture now, she also had similar feelings about trying to assimilate into a predominantly white areas as an Asian American: “It took me a really long time to appreciate my heritage,” she stated.

Degrees of participation in New Year’s activities are different from person to person, but a family dinner is often seen as a central part of the celebration. Often taking place on the eve of the Lunar New Year, the Reunion Dinner features several dishes with symbolic meanings.

Some dishes, like steamed fish, are based on homophones (words with the same pronunciation but different meanings). Because the Mandarin words for fish and surplus sound the same, people eat fish and leave leftovers with the hope that both the upcoming year and the future bring surplus. Other dishes have additional meanings based on their shapes: long noodles are representative of a long life and dumplings resemble an ancient form of Chinese currency.

Depending upon the region, the dishes served and their meanings vary. However, what does not change is the sharing of food among family and sometimes friends.

People like junior Richard Xiao and senior Cat Corliss, who each have family in China, make sure that they video chat with their relatives during the holiday and dinner. Xiao stated that compared to New Year’s Eve on December 31, the Lunar New Year is “a bit more festive for [his] family because the culture is more relatable.”

Corliss agreed that “celebrating the Lunar New Year is more cozy, since, [she] think[s] more about [her] family and background.”

While the means of celebrating the Lunar New Year are far from uniform, like their solar calendar counterparts, the emphasis remains on hoping for the best alongside loved ones as time seems to reset.