Should We Celebrate Thanksgiving? 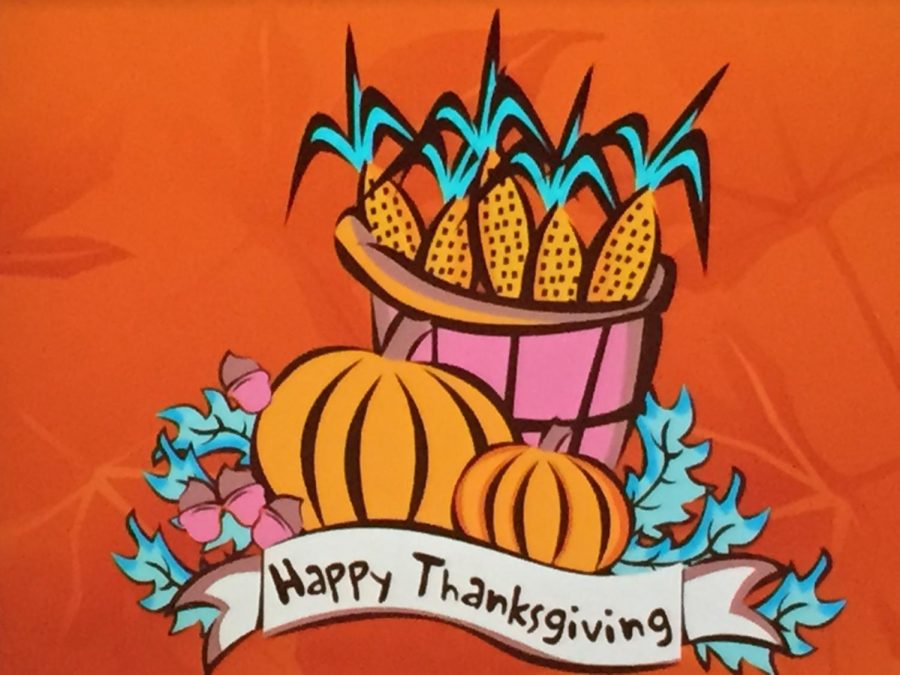 The Drops of Ink staff generally agreed that Thanksgiving should be celebrated with family and lots of food, not by focusing on the pilgrims’ accomplishments. People should be educated and informed about what actually happened in the discovery of the New World.

Since before any Drops of Ink staff member was born — possibly even before their ancestors had immigrated to America — the fourth Thursday of November has been celebrated across America to remember a pivotal moment in our country’s history: The First Thanksgiving. This feast, in October of 1621, celebrated the connection forged between pilgrims and Native Americans after the pilgrims’ first successful harvest, thanks in large part to the assistance of the Indigenous people.

Though we all don’t share exactly the same motivations for celebrating this holiday, the theme of giving thanks remains prevalent today. Rather than being a celebration of the pilgrims’ accomplishments, Thanksgiving is an opportunity to spend time with extended family we’re often not able to see.

Thanksgiving is a great opportunity to take a step back and evaluate your life as a whole; there’s so much to be grateful for that we don’t recognize in the bustle of our day-to-day lives.

Aside from its symbolic meaning as a holiday of gratitude, Thanksgiving is an excuse to stuff ourselves full of food. While individual food preferences vary, the act of making Thanksgiving dinner can positively contribute to one’s overall experience of the holiday. Spending hours in the kitchen may not always sound appealing, but on Thanksgiving, it’s another excuse to spend time with friends and family.

While we think Thanksgiving should continue to be celebrated, the focus should be on the modern meaning it’s developed — one of gratitude and community. Instead of celebrating a feast shared between pilgrims and Native Americans (whom white settlers would later massacre), we should celebrate a chance to spend time with family and friends.

Though the holiday itself shouldn’t be changed, the way it is taught should. When we learned about the pilgrims’ settlement of the New World, there was a lack of emphasis on the negative effects of white civilization.

There’s nothing inherently bad about teaching children the positive aspects of early American settlement. It is inherently bad, however, to deprive children of knowledge that challenges this way of thinking. Accounts of Native genocide and white settlers’ acts based on their feelings of racial superiority should no longer be overlooked.

In addition to teaching young Americans about the successes of the pilgrims, they should be taught about the effect American civilization had on Indigenous groups. The information currently given to students is too sugar-coated. Now, this isn’t to say that we should be teaching 10 year olds about the gory details of Native genocide. But, it should not be ignored.

Instead of indoctrinating a generation of Americans to glorify the pilgrims, we should let them formulate an opinion of their own. This is only possible if students are provided with all of the information, not just that which reflects positively upon the pilgrims.

While Thanksgiving should continue to be a day to spend time with friends and family while practicing gratitude, Columbus Day, another holiday related to white explorers’ relations with Indigenous people, is much more problematic.

We feel strongly that Columbus Day should no longer — or shouldn’t have to begin with — have a place on the American calendar. Columbus Day inadvertently glorifies the native genocide that Christopher Columbus was directly (but not solely) responsible for. For this reason, he is not a role model who should be celebrated. In fact, Columbus never actually stepped foot on what would later become the United States of America.

Columbus should not be erased from history completely; whether or not you’re a fan of Columbus himself, it’s an indisputable fact that he initiated a connection between the New World and the Old World, proving that there was, in fact, more out there than once thought.

Instead, the American education system should no longer glorify him and his actions. We should no longer overlook the blood on his hands but instead appropriately incorporate those aspects of his life into the education children receive.

A new California state law recently declared the second Monday in October (which was previously celebrated as Columbus Day) Indigenous People’s Day from now on; this should be a nationwide change.