Quit Calling me, I’m Not a Cat 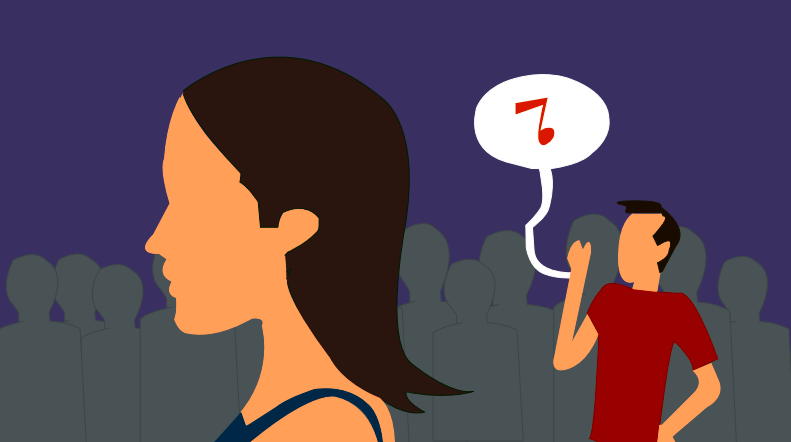 Catcalling doesn’t just take place in large cities; it also happens in towns like Libertyville. In order to make up for their low self-esteem, some men feel the need to harass women by catcalling, typically making the women uncomfortable and think negatively of themselves.

There is a good chance that you have seen the video “10 Hours of Walking in NYC as a Woman.” If you are not familiar with the video, the woman in it walks through New York City and gets catcalled 108 times.

Some people say that she was asking for it with the way she dressed. However, if you’ve seen the video, then you know she wasn’t dressed in an overt, sexual way. She was wearing jeans and a black t-shirt. Even with this modest ensemble, men continuously harassed her and, on two occasions, men followed her for several minutes before they eventually gave up on their advances and left her alone.

The Effects of Catcalling

In 2017, Cosmopolitan magazine wrote an article  that contained multiple accounts from different women on their experience with catcalling. Catcalling is when someone whistles or shouts a sexual comment towards someone on the street; it is also referred to as “street harassment.” In the article, several women brought up that the experience “can be really scary” and “dehumanizing.” One woman even said that she can’t walk alone at night without being worried about what could happen.

Catcalling’s negative consequences were also shown in an experiment conducted by the University of Melbourne in 2017. Their work showed that some women start to think that the way men look at them is one of the only things that defines them, and they begin to see their body in a negative way. As they continue to receive unwanted attention, they start to resent the way they look as they assume their body is why they receive this unwanted attention, the experiment said.

For men who catcall, their motivations are weak. William Castello, a professor at St. John’s University, believes that most men catcall because they have low self-esteem. They feel as if they need to prove something to their friends, so the best way to show their masculinity is to harass women, Castello said.

Obviously this is not true for all men; not every guy out there harasses women. And the fact that there are women out their who assume that every guy catcalls someone is horrible. I wish there was an easy way to fix this situation, but there really isn’t.

Unfortunately, catcalling, and other forms of sexual harassment, happen in Libertyville as well.

Over the summer, some friends and I were sitting in a car in the parking lot behind Chili U. A man walked out of one of the nearby stores, and on his way to wherever he was going, he noticed us just sitting there. He stared at us for a second, smiled and then winked before walking away.

At first, we weren’t worried, but an hour later, when we were walking around Cook Park, we noticed that the same man started to follow us. We quickly decided to book it to the car with him still following. As soon as the car doors were shut, my friend instantly sped away.

At the park, when we got really nervous, I honestly felt like throwing up. I had never been catcalled before, and in that moment, I felt what thousands of other women feel on a daily basis. I never want another person, man or woman, to have to experience what my friends and I experienced over the summer.

Catcalling and other forms of harassment happen every day in every environment. Just because you live in a relatively safe town like Libertyville does not mean you’re safe from the claws of street harassment.

Through all of my research for this article, I’ve learned about a nonprofit program whose mission is to stop street harassment. When you go to the hollaback! website, the first thing you see are the words “you have the right to be who you are, wherever you are.” Currently, hollaback! has locations in 21 cities and 16 countries all over the world; their main goal is to spread awareness about how catcalling affects all of those involved. If you want to join in the fight to stop harassment, go to their website for all the information you’ll need.