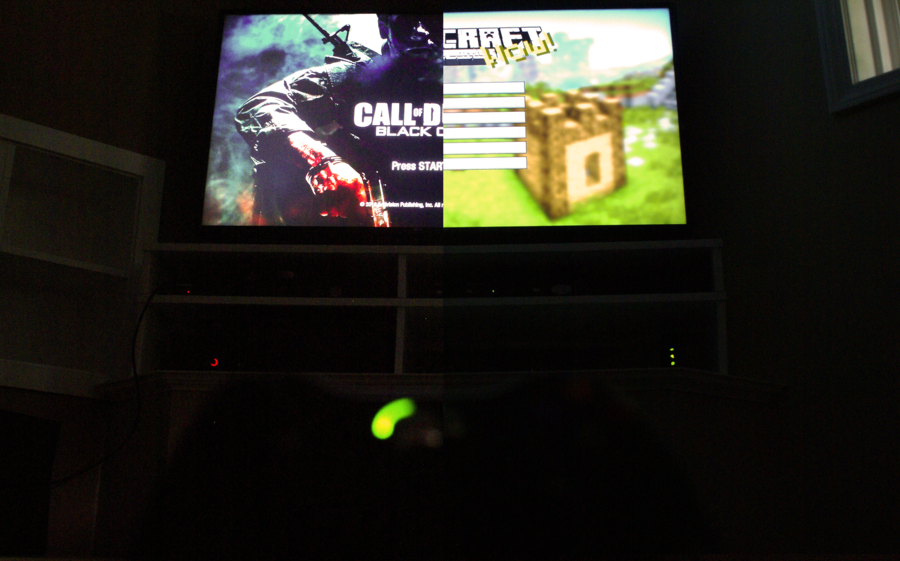 Growing up, video games were an integral part of my childhood. I still remember playing video games, some of them violent, like “Battlefield 2” and “Medal of Honor: Rising Sun” on PS2 at the age of 7. To this day, I, and many other kids like me, play video games on a daily basis, and have never once had the urge to commit an act of violence or partake in a physical altercation with one another.

Video games have come under fire in the news recently by many powerful Republicans for supposedly desensitizing kids and for causing some to commit mass shootings and other horrible acts of violence. President Trump weighed in on the issue, saying, “We must stop the glorification of violence in our society. This includes the gruesome and grisly video games that are now commonplace.” GOP House Minority Leader Kevin McCarthy was also amongst the people arguing for regulations on the video game industry and the sale of violent video games, appearing on several news stations to spread this message. The lieutenant governor of Texas, Dan Patrick, claimed, just one day after the El Paso shooting, which killed 22 people, that he sees “a video game industry that teaches young people to kill.”

Since his statements on Aug. 4, at least 65 shootings have occurred, which have killed or injured more than 372 people, according to the Gun Violence Archive. Not all of these shootings were considered “mass shootings,” however, as a 2015 Congressional report identified mass shootings as “four or more people being killed.”

However, these aren’t new sentiments. After the Columbine school shooting in 1999, which killed 14 people, calls were made by then-President Bill Clinton to investigate violent video games and their correlation with violent behavior. Even Senator Mitt Romney, in his 2008 presidential campaign, cited video games as an inspiration for a 2007 shooting at Virginia Tech that left 32 people dead. It doesn’t end there, though. Following the Sandy Hook shooting in 2012, the chief executive of the National Rifle Association, Wayne LaPierre, claimed that video games were the main factor of the shooting, stating that the video game industry is a “corrupting shadow industry that sells, and sows, violence against its own people.” Ironic, right?

Politicians often insist that there are studies to back up their claims but such studies don’t exist. In fact, of the studies that do exist, they all point to the contrary. Oxford University published a study in February 2019 stating that “adolescents’ recent violent video game play is not a statistically or practically significant correlate of their aggressive behaviour.” The University of New York and the American Psychological Association also both published studies reporting the same findings early in 2019.

Even the Supreme Court denied the existence of any such correlation between video games and violence. In a 2011 court case called Brown v. Entertainment Merchants Association, which sought to get rid of a law that banned the sale of violent video games to children, the Supreme Court ruled in favor of the video game industry, claiming that “psychological studies purporting to show a connection between exposure to violent video games and harmful effects on children do not prove that such exposure causes minors to act aggressively.”

Even after these countless studies on violence and video games have reported that there is no correlation, politicians still constantly blame video games for mass shootings and other inhumane acts. Why? Because it’s easier for politicians and organizations to use video games as a scapegoat rather than addressing the complex social and political issues that underlie the ubiquitous gun violence in America.

How come every first-world country plays almost as many video games as the U.S, but the U.S is the only one with a gun violence issue? The U.S ranks 10th in firearm-related deaths per 100,000 people per year, at 12.21 deaths, per the CIA World Factbook. Countries with more deaths than the U.S. include dangerous places such as Honduras, Venezuela and Swaziland. The next-closest first-world country near the U.S. was France, with a rate of 2.83 deaths, and they are the seventh-largest video game producer in the world, per World’s Top Exports. Statistics don’t lie, and these ones show that we shouldn’t be worrying about banning the sale of violent video games, but instead combating the other underlying factors that cause people to commit these senseless acts of violence.