It’s a privilege to be privileged 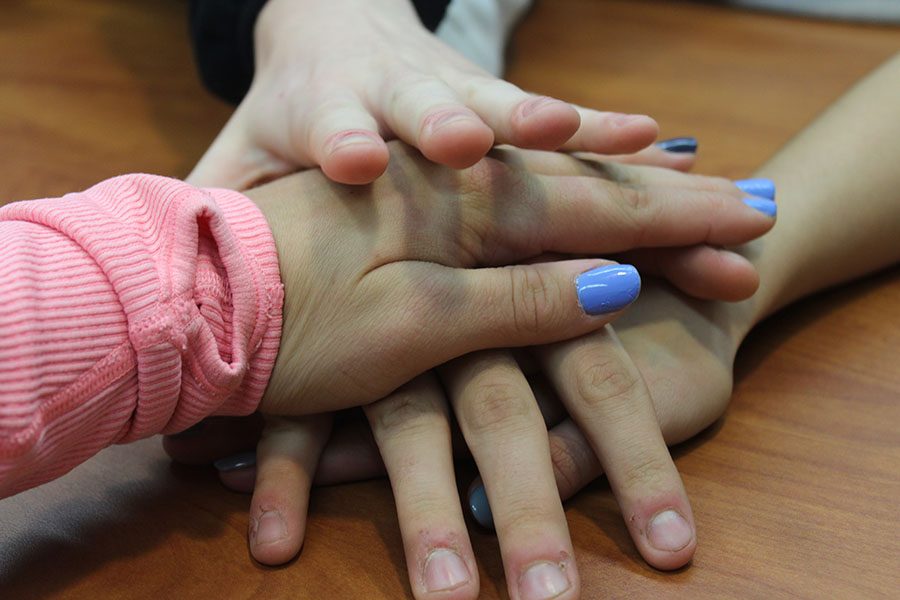 White privilege is a rampant problem in our modern society's racial relations.

You’re walking down East 72nd St. in downtown Manhattan, surrounded by the whistling bustle of a just waking-up city. The sound of a thousand conversations is muffled by one loud taxicab horn in your left ear. You turn a corner and 40 feet in front of you is a rowdy group of Black Lives Matter protesters, waving their signs with indignation. Police officers struggle to control the increasingly angry group. One police officer, looking like he’s fresh out of the academy, whips out his Taser and uses it on the loudest among the crowd. That’s the last thing you see before it escalates into a mosh pit.

You turn away. It’s not my problem.

In America, we believe in a systematic democracy and the power of the people. During the national political crap flinging that was last year’sour recent presidential elections, the topic of race became a very prominent subject among our possible leaders. We have seen different political parties arguing about how not-racist they are and how the “black communities” are flooding to election sites to vote for them.

These wars of words led to very strong political lines drawn in the racially fueled sand. Americans everywhere, including myself, sat on their leather sofas with eyes glued to the screen during the Charlottesville incident, widening with every insult thrown and every fire set. I had no idea such hatred was subsisting and growing in our “land of the free and home of the brave”. However, how much real action has been taken since?

White privilege, also occasionally known as white skin privilege, is a term for societal privileges that consciously or unconsciously benefit white-skinned people, beyond what is commonly experienced by people of color under the same social, political or economic circumstances.

In 2017, racism and racial privilege are common topics in the news, at the dinner table and even on social media. People from every range of the political spectrum are very quick to toss names like “bigot” and “racist” towards those who have different beliefs than they do. I’m writing this to spark a discussion because a real discussion needs to occur.

And it’s white privilege when any white person decides to vote for a certain candidate with the mindset that any racial issues that occur won’t affect themselves.

This is an oversimplification. The issue is always more complicated than that, because a candidate is always more than their racial treatment. However, it’s also a harsh truth about racial privileges.

If you are personally offended by the “stereotyping” or “generalizations” made about those with white skin or those who vote a certain way, you should probably stop and consider your privilege. Ultimately, a white person does not understand how to pick and choose what is bigoted and what isn’t when it comes to systemic racism in social situations, college admissions, the hiring process, etc. I don’t know, President Trump doesn’t know and Hillary Clinton doesn’t know. The only people who know what mind-crushing, soul-splitting oppression feels and looks like are the ones who have been victims of it.

Our job, as growing citizens of this great country, is to check ourselves. And how can we do that without the education and the experiences to do so? Don’t get me wrong, white privilege isn’t only found in cruel, aggressive, bigoted or snobby people. Everybody displays it at some point. It can come from the nicest person you know as an off-handed joke about never having to worry about cops, or from a friend being able to speak on any particular political subject without being the sole representative of their entire race.

Hopefully, at this point, you’re asking yourself if you ever display or unintentionally preach privilege, or you’re wondering how not to offend anyone in your daily, white life. Here are just a few steps to minimize unintentional privilege or discomfort. During discussions on race, be mindful not to silence people of color. Do not assume you worked harder than a person of color to get where you are today. Don’t expect a person of color to educate you on race whenever you feel like it. Don’t assume people of color are “pulling the race card.” Don’t make assumptions in general.

And finally, make an effort to respect those in your life every day, because how else is this going to stop?