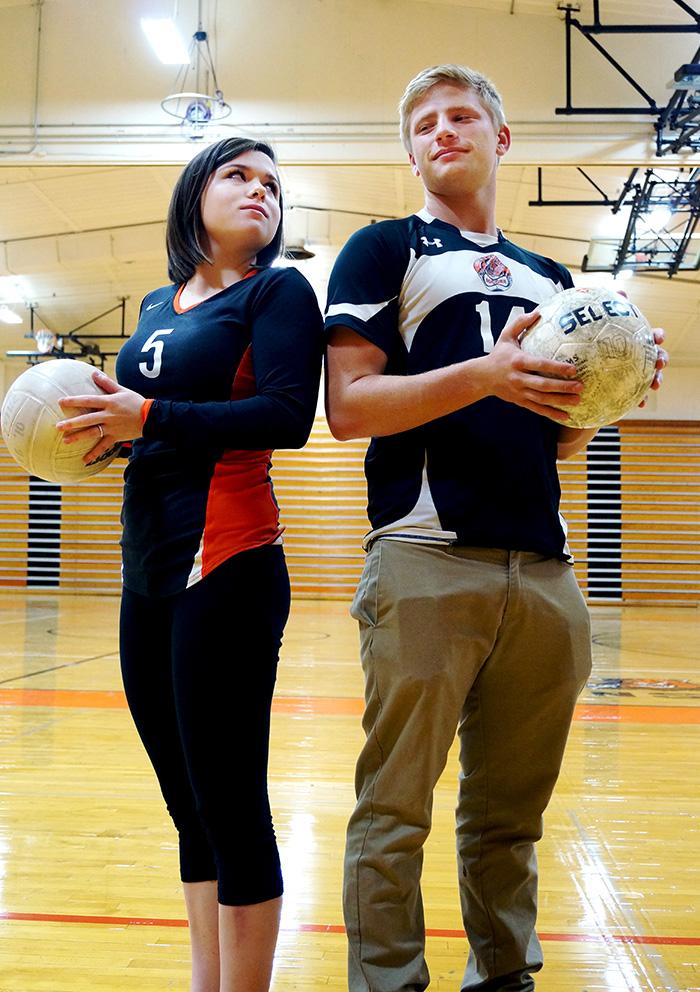 The difference can be seen on a Friday night in the fall.

The words “parking lot is full” on the electronic announcement board outside the school upsets many anxious fans trying to find a parking spot to watch a Wildcats football game. Once the game starts, the stadium is filled with cheers and applause from the fans that can be heard from far away. The football stadium is the place to be for most LHS students on a Friday night.

But then Tuesday night rolls around.

Girls tennis is taking on Vernon Hills on the tennis courts, boys soccer has a game against Antioch at the football stadium, and girls volleyball has a game against Glenbrook North in the gymnasium. As they head closer to the playoffs, these are important matchups that have playoff seedings on the line.

But there is plenty of parking. The stands are mostly filled with parents, and students are nowhere to be found.

The question is, “Why are there such discrepancies in these sports?”Students witness the popularity disparity in many different sports such as baseball and softball, volleyball, and basketball. The attendance rates, talk around the school, and influence of professional leagues all contribute to this difference.

When the LHS baseball team went down to State last year, there were many LHS fans who made the trip down to Joliet to support their team. The student section was loud and filled with Wildcat pride. The softball team, however, since they did not make a playoff run last year, had their stands scarcely occupied during their games. This is the case with many teams at the school — boys getting more support than girls.

Basketball is another sport where the boys draw a significantly higher amount of fans rather than the girls. Last year, the girls went 15-14 and won a playoff game, while the boys went 6-21 and didn’t even make the playoffs.

Head girls basketball and girls golf coach Mr. Greg Pedersen disagrees, stating that the girls also have “exciting competitive situations that come up at the end of games that match the boys’ side.”

It comes down to the pace of the game and its competitiveness. “Football and boys basketball are definitely the most popular sports because they are so fast-paced, and there’s always something going on,” stated senior varsity baseball player Andrew Mack.

A sport that faces the popularity discrepancy is volleyball, which is run by Mr. Casey Aubin for the boys and Mr. Greg Loika for the girls. Both promote competitive and winning attitudes. However, the popularity of the sports differ. The energy of a girls volleyball game, with the student section and their cheers, floods the stadium with energy. It did help that the girls team went down to State last year, but in general, there are usually larger crowds at the girls games.

Sophomore girls volleyball player Amanda Schrag stated, “I think that there are more sports in the spring that appeal to larger crowds than boys volleyball.” Baseball and boys lacrosse are two sports that draw many fans in the spring.

The question is, “How can the boys volleyball team start to draw more student fans?”

The easiest answer to this question would be for the team to just flat out win. Sad to think of, since students should support every sport here at the high school, but that’s how the sports industry works, especially in the pros. If your favorite team is not performing and having one of their worst seasons, why should the team expect large attendance at their home games?

“We play with so much more intensity and determination when we have a large crowd on hand,” stated Hauser. “We just have to prove it to our fans that we are the real deal.”

A reason for the low attendance in games could be that students are just too involved these days. Coach Pedersen stated, “the average high school student is more involved these days in whatever activities interest them. High school kids have less free time, and that’s reflected in lighter crowd numbers.”

Even though boys sports may have a larger reputation in the school, girls sports are, in fact, becoming more popular today. There was a record turnout for girls cross country runners this year (71 runners), and the number of girls trying out for basketball has also gone up in the last couple of years. Ten years ago, there were about 12 girls on the golf team, but this year, the team had 21 after cuts, according to Mr. Pedersen..

Outside the school, it is safe to say that male sports are overwhelmingly more popular than female sports. The average attendance of the 2012 WNBA (Women’s National Basketball Association) season was 7,457 fans. The average for the NBA in that same season?

Fans like the slam dunks and the untouchable athleticism the NBA features. Most basketball fans would rather watch the alley-oops, higher scoring games, and up-tempo fast breaks than a lower-scoring WNBA contest.

ESPN features NBA games at least two nights a week during the season and also features the show NBA Countdown. According to American Broadcasters Online, the NBA will receive $930 million a year for its broadcast rights. Major televisors such as ESPN, TNT, and ABC make a substantial profit from televising the games because there is such a high demand for the NBA.

The Chicago Sky, Chicago’s WNBA team, clinched a playoff berth this season and was one of the  frontrunners for the championship. They lost in the first round to the Indiana Fever, and the only coverage they received was a showing of their first game on ESPN2. If the Bulls were one of the favorites for the championship, there would be coverage all around Chicago and everyone would know about it. How many people knew about the Sky? About 7,457.

Professional baseball is another sport that is much more popular than its female competition, softball. Fans enjoy seeing players such as Albert Pujols and Miguel Cabrera launch home runs over 400 feet into the stands. They pay a significant amount of money to see the athleticism of the players on display.  The attendance and atmosphere of an MLB game, with the fans’ energy and enthusiasm, does not compare with the National Pro Fastpitch, the major leagues of women’s softball. Just like the MLB, making it to the NPF is far from easy, but the majority of ESPN does not have a contract with the NPF, and fans would have to search through their TV Guide a while before landing an NPF game.

Many different LHS sports face the popularity discrepancy today. Most fans tend to choose male sports, or at least sports with the most action, but girls sports are becoming increasingly more popular.